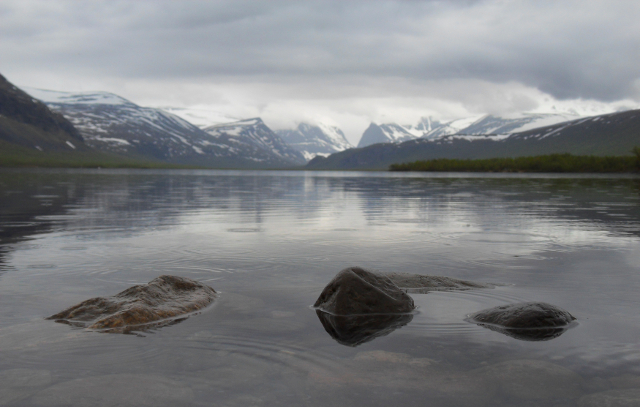 The snow-capped southern peak of Sweden's tallest mountain Kebnekaise has been battling global warming for years, and after a record-hot summer in the Nordic country it lost out to its northern rival.

The rocky northern peak of the same mountain measures 2096.8 metres above sea level, but the height of the southern peak changes every year depending on by how much its glacier melts or grows.

In early August it was estimated that the southern peak had shrunk significantly, and researchers have now confirmed after measuring the mountain again on Sunday that it is in fact smaller than it has ever been.

And it is about to shrink even more, researchers said on Monday.

“Normally the peak is at its highest in May and lowest in September, and one can expect it to shrink even more before the winter. The height of the southern peak varies by around three metres between summer and winter. In the long run the northern peak will become the highest year-round,” Stockholm University wrote in a press release announcing the confirmed news.

The mountain is measured using an optical angle and distance instrument, the same method researchers have been using for the past 35 years, with a margin of error of ten centimetres. The earliest records are from 1902 and the mountain has been measured every year since the 1940s.