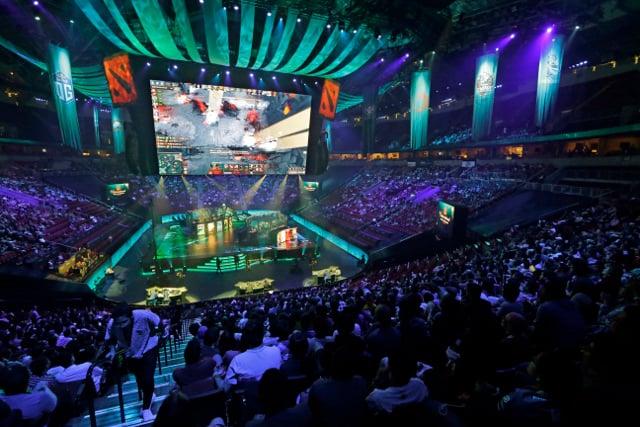 Gaming culture has long been strong

eSports is now a booming business but Swedes have long been strong in the field. As far back as the 1990s Swedes were competing at a high level in games like Quake, where Oskar “LakermaN” Ljungström was a well-known competitor, while in the early 2000s Emil “HeatoN” Christensen made a name for himself as a top Counter-Strike player.

Competitive gaming at a high level is no new concept in Sweden therefore – no doubt helped by the availability of fast broadband in the Nordic nation at an earlier time than many other countries.

Kids have plenty of Swedish idols to look up to

The strong history of competitive gaming in Sweden also means new generations of potential gamers have had plenty of Swedish idols to inspire them. Upplands Väsby native Patrik “f0rest” Lindberg for example is considered one of the greatest Counter-Strike players of all time, while fellow Swedes like Jonathan “Loda” Berg and Johan “pieliedie” Åström are established elite level Dota 2 competitiors.

Female Swedish gamers such as Zainab “zAAz” Turkie, a top Counter-Strike: Global Offensive player, have also excelled, so young Swedes have a wide variety of domestic heroes to look up to and inspire them forward.

Glad to announce that I will be attending ESL Cologne. I will be playing the showmatch at Vodafones booth on Friday the 6th with my dear mate @jjuliakiran Don't forget to pass by and play vs us and say Hi ?? will be so fun!!!! Will Update you more about it soon! #playfaster @vodafone_de

Swedes not only play, they watch

One other notable aspect about the scene in Sweden is just how many Swedes watch competitive gaming. A study from early 2018 showed that Sweden is the second biggest market in Europe for eSport consumption, based on their purchasing of tickets and merchandise connected to eSports as well as sponsor and branding interaction to the tune of the 254 million kronor.

Swedes aren't just playing games competitively then, they’re also putting hard cash into watching others do it – and learning from them in the process. It also helps that Swedes who want to watch competitive gaming in the flesh don't have to travel far – the country has long been an innovator in turning competition into a live spectacle, with DreamHack's eSports tournaments among the biggest and best established in the world.

DreamHack started in a basement in Malung, Dalarna, but these days its fledgling events fill halls across the world from Texas to Leipzig, Montreal or Valencia, and there are also still regular home tournaments, with the Masters Stockholm occurring in the Swedish capital in the summer, and the major winter event happening in Jönköping, southern Sweden. It's seen as a viable career

Convincing your parents that you should be putting hard hours in to improving your video gaming abilities is a hard sell, but in Sweden it’s easier thanks to the growing number of higher education courses in gaming where you can literally study at school or college to become an eSports expert.

If that's not enough to help parents come around to the idea, then Swedish aspiring pros can also point to Swedes s4 and Zai – both Dota 2 players – who are among the top 30 eSports earners in the world, and make millions of dollars through their skills in the area.