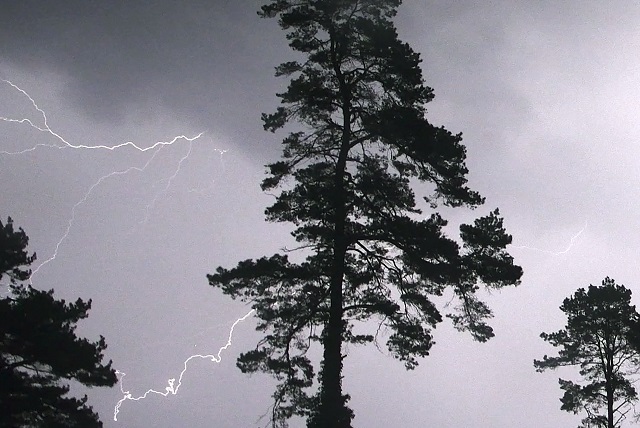 Lightning is thought to have caused several of the fires. File photo: Johan Nilsson/TT

At one point on Wednesday evening, five separate fires broke out within a seven-minute period in the central Dalarna region, emergency services told the Aftonbladet tabloid.

“I've never seen anything like it,” a police spokesperson told the newspaper.

Later in the evening, the lightning sparked further fires in Småland, before the stormy weather travelled on to the Stockholm area.

The lightning also left hundreds without power in parts of Jönköping, Gävleborg, and the Gothenburg area.

Early on Thursday morning, a fire was burning in Nacka to the east of Stockholm, also believed to have been caused by the storms. This blaze was brought under control by 5am, according to the local fire service.

After the storms on Wednesday evening, most of the country looks set for a cooler weekend following a prolonged heatwave.