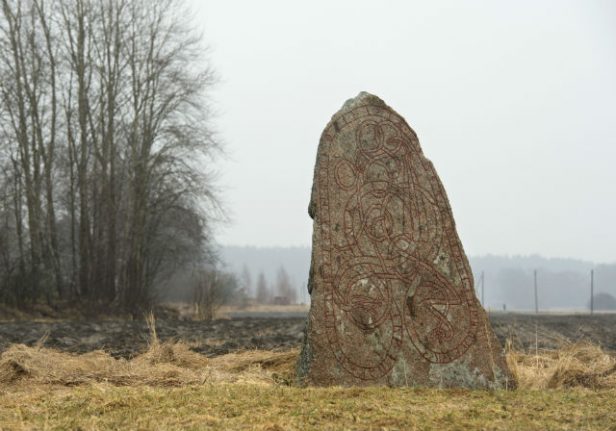 An entirely different runestone. Photo: Fredrik Sandberg/TT
The rune stone was discovered when a digger hit something hard while clearing the way for the cycle path last Thursday, but the construction team didn’t see anything special about it. So they began to make plans to solve the “problem” by crushing the stone.
But on Wednesday, Erik Björkli  realized what the stone was as he was passing by on his bike, and alerted the construction workers. Just over an hour later, Urban Mattsson, the head of conservation and heritage at Södermanland County Council, was at the scene to identify the stone.
“It’s extremely exciting. The find of the year!” Magnus Källström, senior researcher at the Swedish National Heritage Board, told the local Eskilstunakuriren newspaper when shown pictures.
“I recognize that one from the literature. It has very special ornamental art and looks well preserved,” he added.
Källström said the stone had been recorded back in 1668 by Johan Peringskiöld, an early antiquarian, but had since been lost.
It bears the text: “INGULV AND VISÄTE RAISED THIS STONE FOR BUGGE AND SIGSTEN. GOD HELP THEIR SOULS”, and an unusual cross design with an interlocking braid pattern.
Rune stones, standing stones bearing inscriptions written in runic script, were raised in Sweden between the fourth century the 12th century, mostly to commemorate those who had died.
Mattson said the county council now planned to assess whether to carry out an archeological examination on the site, or whether to move the stone.
Källström said the stone seemed to be in the same place, then called Tidö gärde, as it had been when recorded in the 17th century.
“It should absolutely be raised up again, and ideally near the place where it stood previously,” he said.
Cyclist Erik Björklid meanwhile said he hoped that his discovery wouldn’t disturb the cycle path project.
“I hope that there isn’t a whole load of hassle because of all this,” he said. “But this is part of our cultural heritage after all.”
READ ALSO: Missing Viking-era rune stone turns up in Sweden 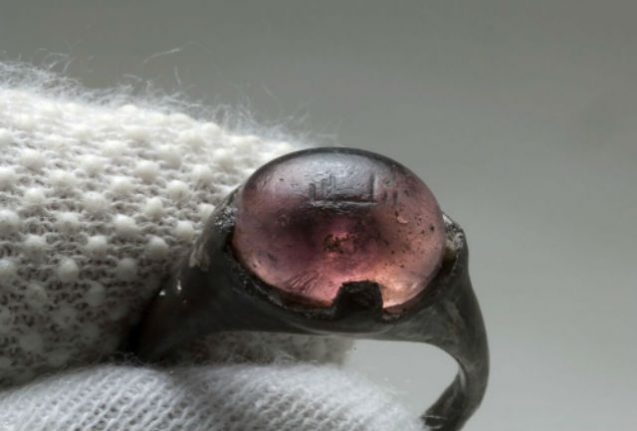