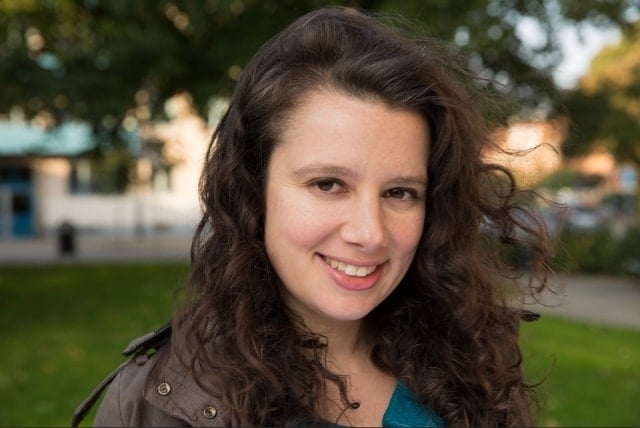 On moving to Sweden, Melanie experienced one of the most common issues faced by expats: meeting new people.

After interviewing asylum seekers at the Center for Middle Eastern Studies at Lund University as part of her documentary, she found that this was a common issue faced by immigrants of all backgrounds.

“It came out of wanting to rebuild your social circle when you move to a new place,” she says.

The opportunities for public funding and startup support in Sweden also appealed to her and she decided to launch her company Panion, an app that allows you to find friends based on common interests with people nearby.

Visit verksamt.se to find out more about opening a Swedish company

“You tag yourself with keywords: interests, values, experiences and things that really define you and you can run searches for people who like certain things and see it all based on location,” Melanie explains.

Using machine learning to analyse user behaviour based on their interaction habits and personality profiling based on what people are choosing for their keywords, Panion aims to be the go-to app to find a friend quickly, wherever you go. Melanie, a former Apple employee, had a large tech and investor network in the US and was more comfortable seeking collaborators in her home country. Although she was living in Sweden, she decided to open her company in the US, as she was unsure whether or not she would settle in Sweden permanently.

After looking into Minc (Malmö’s startup hub) and its accelerator program, Fast Track Malmö, Melanie was told she would need to open a Swedish company if she wanted to get into the sought-after program.

“The accelerator could only invest in one or two foreign companies and they said they didn’t have a slot left for another foreign company,” she recalls.

Just as Melanie had begun to understand how to form a US company, she realised she would have to open a Swedish company as well as navigate a foreign language and a foreign system.

“My father is a lawyer and he’d been helping me with my American company, but he couldn’t really do much for the Swedish company because he didn’t know the laws or understand the language,” she recalls.

In the first four months after she began to transfer her company to Sweden, Melanie went through three accountants until she found one who could clearly explain the process in English as well as personally trawling through all the business resources she could find.

“I actually struggled a lot,” she admits. However, eventually she opened a Swedish AB company (limited company), which she explains is most appealing to investors in the tech industry. Then she registered at the Swedish Companies Registration Office (Bolagsverket) before getting her F-tax (F-skatt) number from the Swedish Tax Office (Skatteverket), allowing her to make tax contributions as a sole trader.

Read more on verksamt.se about starting a company in Sweden

“I didn’t have to close down my US company to open my Swedish one, but I did have to transfer the intellectual property and trademarks, so I had to buy them from one company to the other which took some legal and accounting advice.”

The best piece of advice Melanie says she can offer to business owners in a similar situation, is to find people who have already been in your shoes.

“At the accelerator I have all these other companies sharing their research with me. A French company sent me all their research on transferring trademarks to new countries. Create alliances with people who are in similar situations so you can share knowledge,” she advises.

Despite all the challenges Melanie has faced while transferring her company she has no regrets. The future of Panion looks bright, with Melanie preparing to leave the accelerator, launch the final product and pitch to investors all within the coming weeks.

“In terms of the opportunities I’ve had so far in Sweden, it’s worth it. I’ve been talking to investors and there’s a lot of public funding here; it’s a great support when you’re trying to build something from scratch.There’s more trust here. I’ve been able to do a lot of things I couldn’t do without a Swedish company.”