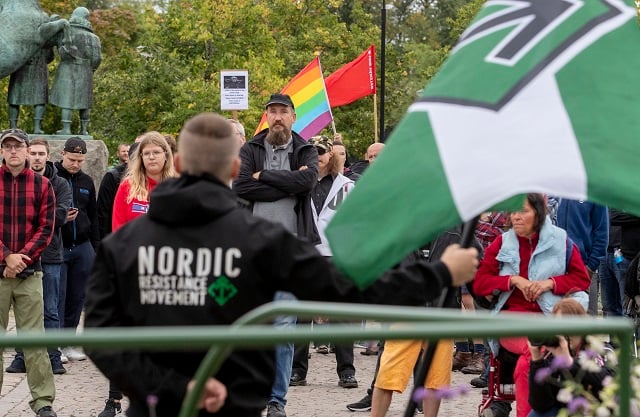 Police have called in reinforcements from other parts of the country in order to help oversee the march as well as several other events set to take place in the Swedish capital at the same time.

The NMR event will begin in Kungsholmstorg to the west of the city centre at around noon, before following a predetermined route through the Kungsholmen residential island. The route they had initially requested was not allowed due to other events already scheduled to take place there, including sports events and an animal rights march. The NMR's permit allows for between 30 and 30,000 participants.

A counter-demonstration has been planned via social media, with over 1,900 people marked as 'attending' on the Facebook event and several thousand more marking themselves as 'interested'.

Additionally, the youth wing of the Swedish Community Party, the Revolutionary Communist Youth (RKU) has been granted permission for a demonstration and march relating to the right to strike. This event will start at Norra Bantorget in the city centre, with around 50 people expected to take part.

“Now we have political activities which represent extreme views from both sides. We're preparing for that; that they might meet in counter-demonstrations,” Carolina Paasikivi from Stockholm police told TT.

Previous NMR events in Sweden's cities have led to violence. A demonstration by the group in Gothenburg earlier this year led to 15 NMR members and two counter-protesters being taken in by police, three months after another march in Gothenburg led to hours of unrest and dozens of arrests.

In addition to the political events, several other concerts, sports and culture events and other meetings are set to take place in Stockholm this weekend. Police and Stockholm City have recommended that members of the public allow extra time for travel around the city due to limited access to certain areas. In total, there will be 134 authorized public events.