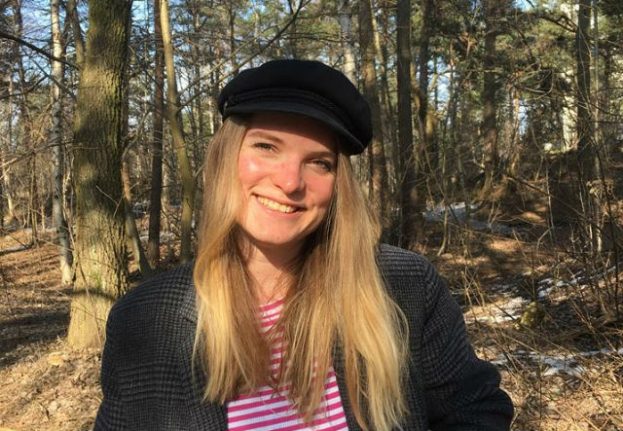 After splitting her time and her studies between the US and Germany, Nicole began looking for opportunities to study a Master’s degree in marketing. She found a course that appealed to her at Stockholm University and in 2014 she moved to Sweden.

“I’d visited Sweden one single time before, three years before I moved, on a weekend in the summer, so it was obviously really nice,” she says.

Before moving to Stockholm, Nicole owned her own company and was freelancing as a writer. She decided to put those activities on hold in order to concentrate on her studies full-time.

While studying for her Master’s she began working for various startups on a part-time basis and realised that there was a great need for native English-language copywriting and content marketing.

“I feel very strongly about writing. I write poetry in my free time, so it was important for me to somehow make writing my main living and income and that’s why I thought I would just start the company here,” says Nicole.

Selecting a type of company

She registered her company, Nicole Tells with the Swedish Tax Authority (Skatteverket) as a sole trader (enskild firma) in 2016.

“I settled on that type of company because I wasn’t sure it would be successful and when you start an AB (limited company) you have to invest 50,000 SEK and there’s more work to set it up and I just wasn’t ready for that,” she explains.

Nicole says the prospect of doing company taxes in another country and another language was, understandably, daunting.

Learn more about the different types of Swedish companies

“I didn’t feel comfortable enough with all the taxes to start an AB and with an enskild firma it sounded as easy to legally invoice clients as it would with an AB but with a lot less paperwork”.

Operating her company as a sole trader proved to be a useful training ground for Nicole. Once she gained confidence that her business would be successful, she decided to take it to the next level and turn it into a limited company.

“I could kind of test out how it would work, but now I’ve come over a certain amount of income it makes sense to have an AB because you save on taxes,” she says.

She says the border between what is considered a personal expense and a business expense is very slim, so it was difficult to deduct expenses when she was operating as a sole trader.

“There are a lot more options to work with the taxes and make your business sustainable if you have an AB. For example, with an AB you can decide to roll a certain revenue over to the next year and not pay taxes on it,” she explains.

According to Swedish company taxation laws (3:12 regler), Swedish limited liability companies are generally required to pay a lower, flat rate of tax and in some cases have the ability to postpone taxation.

Nicole says that although she found some resources in English, she discovered more information through other expats who’d been through the process before. She also enlisted the help of her Swedish partner.

“It can be quite challenging because a lot of the terms you don’t use in your everyday life, so it can feel quite risky if you’re not 100 percent sure what it means. I had my partner sit next to me and we tried to figure it out together and it was still challenging,” she recalls.

Nicole says there are easier options if you’re considering testing the waters before fully committing to opening a company.

“If people are considering starting their own business but they’re not sure how much income that would generate or how long they would do it, there are companies like Cool Company and Frilans Finans that help you set that up and do all your taxes for you for a certain percentage of your earnings,” she says.

Whether you choose to set up your own company or use an umbrella company, Nicole advises all budding business owners to keep detailed records of their finances.

“If you do start a company, make sure you track all of your invoices from day one. It can be as easy as an Excel sheet if you don’t want to invest in some kind of software, but make sure that you find a system that works for you because that’s going to make your life a lot easier later on,” she advises.

Nicole highly recommends getting all the information and then taking the leap to become a Swedish business owner.

“Just do it. Sweden, specifically Stockholm is a super entrepreneur-friendly place. People are really supportive, there are great opportunities to do business, to grow and to work with some really cool players. You’re met with so much respect when you go in and it’s a really nice working culture,” she says.