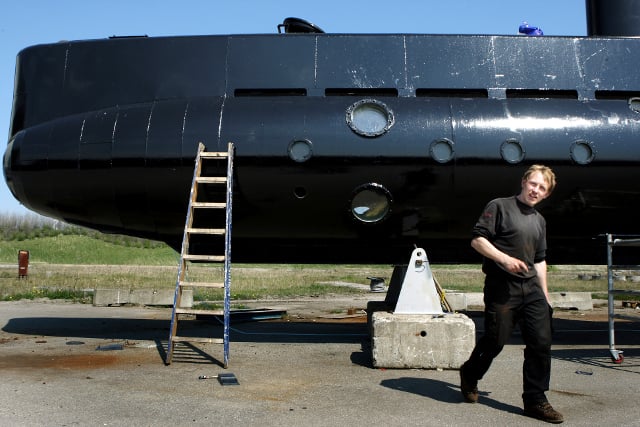 The appeals case opened at Copenhagen High Court on Wednesday. Two other days have been set aside for the hearings, September 12nd and 14th.

“We're not here to determine whether Peter Madsen is guilty, because he is,” recalled prosecutor Kristian Kirk, facing Madsen, seated next to his lawyer and clad in a black blazer.

Madsen only appealed his sentence, and not the guilty verdict handed down by a Copenhagen district court on April 25th for murdering 30-year-old Wall, chopping up her corpse and throwing her body parts into the sea last year.

The grisly case made headlines worldwide, all the more shocking as it took place in one of the safest countries in the world, according to a report from the independent organization Institute for Economics and Peace.

On August 10th, 2017, Wall boarded the submarine with the engineer – a minor celebrity in Denmark – to interview him for an article she was writing.

Wall's boyfriend reported her missing when she failed to return home that night. Her dismembered body parts were later found on the seabed, weighted down in plastic bags.

Wall's parents were present in the courtroom on Wednesday.

Madsen maintained throughout his first trial that her death was accidental. His lawyer has insisted that his decision not to appeal the guilty verdict should “certainly not” be interpreted as an admission of guilt.

“He realizes that he was found guilty and he has to live with that. He decided not to continue fighting it. He doesn't have the energy needed for that,” Betina Hald Engmark told Danish radio DR in May.

That will therefore be the main issue for the three appeals court judges to consider.

In Denmark, only one other person apart from Madsen has been sentenced to life in prison for having committed a single murder.

“It's unusual to be sentenced to life in prison. What was decisive (for the court) was that it was a crime that was prepared and planned,” prosecutor Jakob Buch-Jepsen said when the sentence was handed down in April.

On Wednesday, the prosecution presented evidence from the previous trial, including images of Wall's mutilated body, to justify the life sentence.

It was uncertain whether Madsen would take the stand during the appeals trial.

Madsen changed his version of events several times, but ultimately testified that Wall died when the air pressure suddenly dropped and toxic fumes filled his vessel while he was up on deck.

Despite the testimony of many experts, the lack of tangible evidence in the case and the decomposed state of Wall's remains made it impossible to determine an exact cause of death.

An autopsy report concluded she probably died as a result of suffocation or having her throat slit. Fourteen stab wounds and piercings were also found in and around her genital area.

Madsen had argued that he stabbed her because he wanted to prevent gases from building up inside her torso that would prevent it from sinking to the seabed.

After 12 years behind bars, an inmate with a life sentence can ask to be paroled, but the justice system can decide to keep him or her behind bars as long as he or she is considered a danger to society.

The appeal court's verdict is due on September 14th.