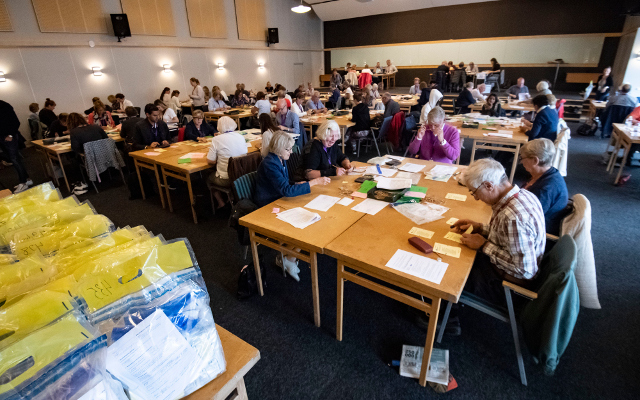 It is not yet known how many votes – Swedes abroad and some domestic votes that haven't yet been registered – are left to count, but in the last two election they have been around 200,000.

The preliminary election result is so tight that only two seats – or almost 30,000 votes of those that have been counted – currently put the left-wing bloc ahead of the four-party Alliance opposition.

But based on past elections it is not likely that the late votes will change the number of seats won by either bloc, however it could change the seat allocation within the blocs, writes the TT newswire.

In 1979 overseas votes did swing the final result for the right-wing parties in the closest race so far in Swedish political history. Then, only 8,404 votes separated the two blocs.

The rest of the votes in Sunday's election are also being counted again and double checked this week, which is part of the standard process. The final result is expected to be available on Friday.

Parliament is set to open on September 25th. Incumbent Prime Minister Stefan Löfven has said he will not resign before then. Even if he stays on, parliament is to vote on whether or not to give him another term no later than two weeks after the opening of the new parliament.

If more than half of MPs vote no, Löfven will have to resign. It is then up to the speaker of parliament – traditionally a member of the largest party – to propose a new government.

It has never before happened in Sweden that parliament votes no to the speaker's proposal, but if it does happen, he or she may put forward in total four proposals. If neither meets with the approval of parliament, a snap election is to be held within three months.

Sweden has a system of negative parliamentarism, which means that a new prime minister does not need the active support of a majority, but they do need a majority to not vote against them.