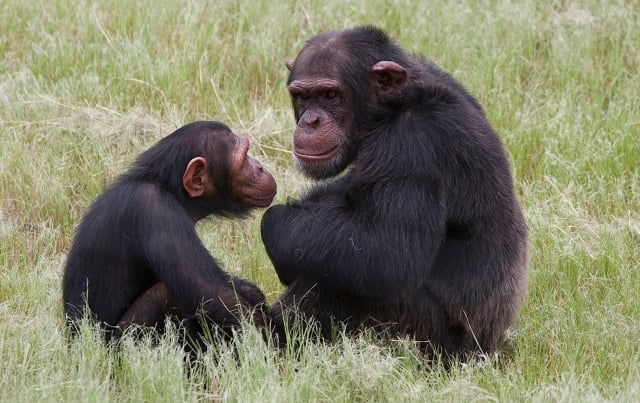 The researchers found that chimps and zoo visitors mimic each other to a surprising extent. File photo: AP Photo/Erin Conway-Smith

“We didn't see anything implausible about our results, but we understand that the study can be perceived as comical,” said Tomas Persson, one of the three Lund University cognitive scientists behind the research.

The Ig Nobel is awarded every year and singles out research which “makes you laugh and think”.

Persson and co-authors Gabriela-Alina Sauciuc and Elainie Madsen received the prize in Boston on Wednesday. The trio studied how zoo visitors and chimpanzees imitated each other's actions for a study published last year.

Previous Swedish Ig Nobel honourees include a team who found that dung beetles find their way in the dark using the Milky Way, and a scientist who discovered the cause behind several people's hair suddenly turning green in southern Sweden in 2012.