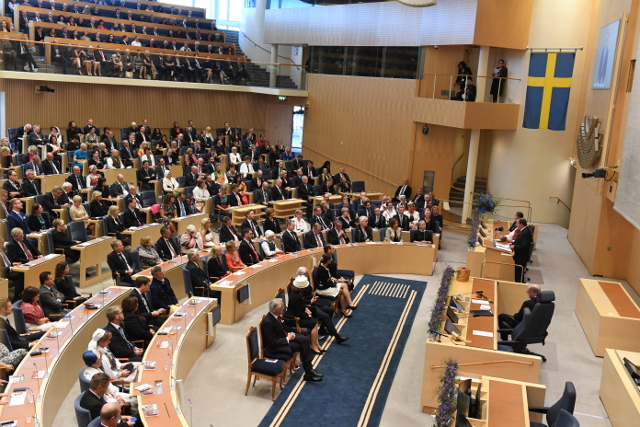 It's an improvement on Sweden's last election. Photo: Fredrik Sandberg/TT

All the votes have been counted after Sweden's general election on September 9th, and it is now clear that the new Riksdag will have more women than after the 2014 election, when the number of female members of parliament was only 154 out of the Nordic country's 349 MPs in total.

The centre-left Green Party, a member of the incumbent government coalition, has the worst gender imbalance, with 75 percent of women among its MPs, 12 women and only four men.

“Before the election it was fairly balanced. If we had not lost votes we would have had 16 women and 13 men,” the party's group leader in parliament, Jonas Eriksson, told the TT news agency.

The right-wing Christian Democrats' group of MPs is the second least gender equal, with 73 percent male MPs – or in other words six women holding a total of 22 seats in parliament.

READ ALSO: Has Sweden formed a government yet? All the latest election updates

The figures could still change. Sweden does not allow politicians to serve both in government and parliament at the same time, so if either party becomes part of the future government and wants some of its MPs to become cabinet ministers they will have to be replaced by new representatives.

The average age of Sweden's new parliament is 45 years, with Liberal MPs being on average the oldest (48) and the Sweden Democrats the youngest (42). The latter will also have the youngest MP when parliament opens on September 25th, 22-year-old Ebba Hermansson from Mölndal.