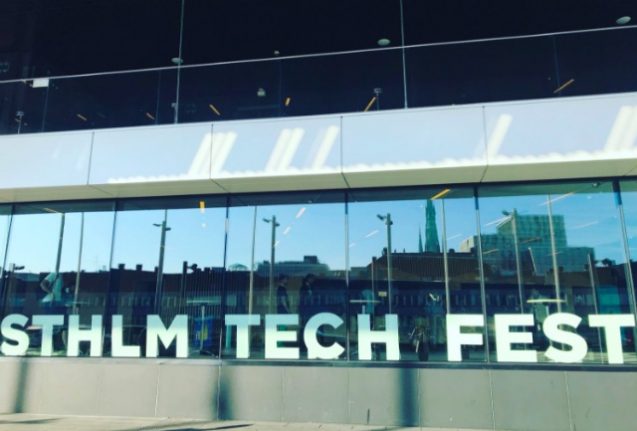 Stockholm has been ranked as the world’s second largest startup hub outside of Silicon Valley and is known for its vibrant tech and startup community. I had the chance to attend several meet-ups organised by SUP46, one of Sweden’s largest incubators, and the most significant tech event, Stockholm Tech Fest 2018.

One factor I have noticed in Sweden’s tech and startup community is the evident government support and its efforts to improve the competitiveness of the country. It is easy to find organisations designed to help startups from their beginnings without subtracting any fees, especially in universities.

Another factor, which has been a hot topic in the recent general election, is the effort to enrich multiculturalism in Sweden through immigration: by seeking diversity and innovation, creativity will follow.

This support is also showcased by some members of the Swedish Parliament who are actively involved in the startup community. For instance, Mathias Sundin, founder of Warp Institute, gives active support to a Carrus Network event (an organisation aimed at youngsters below 26 years old).

As a member of the startup community in Indonesia, where the tech scene is mostly organised by private institutions, Sweden’s government support is a huge difference for me.

Stockholm Tech Fest, dubbed as the largest startup and tech event in Scandinavia, gathers tech talent from different industries, for example, those working in the lifestyle sector to build the “smart cities” of the future. The event venue at the Stockholm Waterfront Congress is considerable, hosting varied and compelling speakers, as well as startup booths. Compared to similar events in Southeast Asia, Indonesia specifically, this event draws a similar size of crowd. The difference only lies in the prominence of the speakers and startup industry diversity. In Sweden, aside from the standard line of startups in eCommerce and fintech, the event also features those in robotics and biotech.

Another differentiating factor in Sweden’s startup and tech scene is its diversity and emphasis on sustainability. Startups focusing on sustainability or gaming are prominent. While in Southeast Asia, which has a fairly new ecosystem, startups focus on more basic services such as eCommerce and Fintech rather than sustainability and entertainment. The counterpart (Southeast Asia) is a significant market with investment pouring in, which is estimated to double its size from the previous year.

The market focus strategies also differ slightly in both Swedish and Indonesian tech scenes. Startups in Indonesia mainly focus on an already huge market predicted to grow at a compounding rate. In Sweden, many foreign players are set on the same ripe market which means competition is high, thus requiring better strategy. It is challenging in the early phase as it has to deal with different cultures, regulations and localizations of the many smaller markets in Europe. Its counterpart, however, has a more straightforward trajectory where it can focus on one market for an extended period of time to gain in momentum and size, before expanding outside of the country. Just like Gojek.

Both tech scenes host behemoth startups. The main difference lies in the full support of an effective government as opposed to a free market with mostly private sectors as the main players. These factors are already displayed in Sweden with its accelerator programs (like STING) which enable them to provide hefty investments for smaller stakes, making it more enticing for entrepreneurs to start their own business thus spurring innovation. The counterpart in Indonesia might struggle without the help of the government but has a considerably larger market. Access to the Southeast Asian market is not strictly protected which enables some foreign players such as Rocket Internet and Alibaba to be considerable in the area.

An exciting narrative is still developing in both regions. The Swedish tech scene is experiencing global dominance with companies like Spotify, combined with its expertise in global management in multinational companies like Volvo, Scania & Ikea, to name a few. Indonesia, on the other hand, with its unicorns and large population is poised to be the world’s fourth largest economy by 2045.