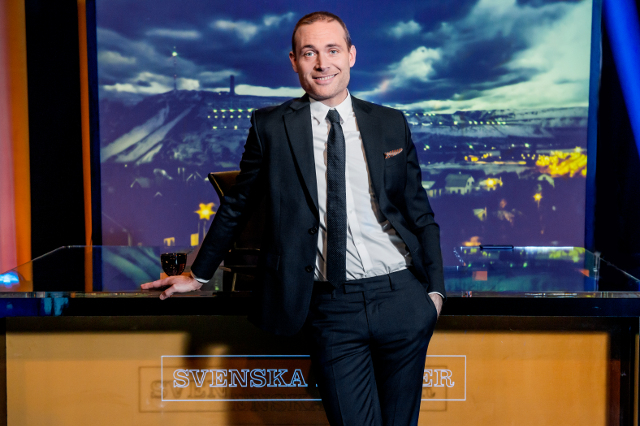 The accusations related to a mock infomercial, broadcast as part of satire show Svenska Nyheter (Swedish News). The clip offered advice to Chinese tourists on how to behave in Sweden, for example not defecating outside historic buildings or at the dinner table, in order to avoid “cultural clashes”.

Other tips included washing one's hands after going to the toilet, and remembering that dogs are not eaten in Sweden. The clip was created in response to an ongoing dispute over a Chinese family removed from a Stockholm hostel by police. Footage showed the family crying out “this is killing” and “save me”, and while Swedish prosecutors said the officers were not guilty of any offence, China has demanded an apology for the tourists' “brutal abuse”.

READ MORE: How a hostel dispute became a diplomatic row between China and Sweden

In response to the Svenska Nyheter episode, the Chinese embassy said the programme “breaks the basic moral principles of mankind” and urged the broadcaster to “see its mistake”.

Chinese Foreign Ministry Spokesperson Geng Shuang said in a statement that it was a “gross insult to and vicious attack on China and the Chinese people” and condemned what he called a violation of media ethics.

The spokesperson further said that both the foreign ministry and Stockholm's Chinese embassy had “lodged stern representations and strong protest” with Sweden, and called on SVT to take measures to mitigate any negative impact of the broadcast. Another complaint from the embassy was that the programme used a map of China which did not include the disputed territories of Taiwan and Tibet.

The satirical infomercial clip was published on Youku, a Chinese alternative to YouTube, to an account labelled as “Sweden's official Youku channel”, but was removed shortly afterwards.

“The clip was taken down from Youku by another party on Friday evening, but if that hadn't happened, we would have done it,” SVT press spokesperson Camilla Hagert told The Local in a written comment. “SVT has not taken any further actions [in response to the embassy's statement].”

In a statement shared with The Local, SVT Entertainment head Thomas Hall said: “The aim of the part of the programme that relates to 'Sinophobia' was to follow up the official Chinese reaction to the hostel incident and at the same time highlight the fact that Sinophobia still isn't as sensitive as other racism in Sweden. It's a Swedish problem we wanted to highlight.”

“The goal of publishing the sketch alone on Youku was to get Chinese reactions. This was a mistake by us, since our overall message got lost, and we can understand that this made individuals upset, which we regret,” Hall continued, adding that the entire episode with English subtitles had been published on YouTube (under the title 'Sinophobia is not OK') “so that people can see the entirety, and our anti-racist intent”.

Hello non-Swedish-speaking friends! The whole segment “Sinophobia is not ok”, including the over-the-top-absurd infomercial, is now available with English subtitles! https://t.co/aeatDs5E6c Please share and enjoy.

The clip refers to Sweden's values of tolerance and equality, but adds “this principle does not apply to the Chinese”. It also described Chinese people themselves as “racists”.

In a separate written comment to SVT News, Hall said that he had been contacted by an embassy official who demanded an apology and removal of the programme. Hall responded “we can not apologize because I don't think we have done anything wrong”. Following these comments, the Chinese embassy issued a second statement accusing the SVT Entertainment chief of “making up excuses and evading the point”, and reiterated calls for an apology for what it termed racism.

By Monday, the case had been reported internationally, not only in China but by UK news agency Reuters, from where it was picked up by the Guardian and Independent. It comes at a time when traditionally strong relations between the two countries are somewhat tense, due to a number of factors including the detention of a Swedish-born bookseller,  Gui Minhai.

“The case with the Chinese tourists is an opportunity for (the ambassador) to try to take back the initiative and show who makes the decisions, by forcing apologies, compensation and punishment for the police. Probably the reaction would not have been as strong during the former ambassador, or if Gui Minhai's case was not in the background,” Jojje Olsson, a Swedish journalist covering Southeast Asia and blacklisted from Beijing, told The Local at the time of the hostel incident.

The incident at the Stockholm hotel prompted China to issue a “security warning” for the third time in August to tourists in Sweden, which has invested heavily in recent years to attract more Chinese tourists. The earlier security reminders came after a spate of car burnings in western Swedish suburbs, and ahead of several political demonstrations later in the month.