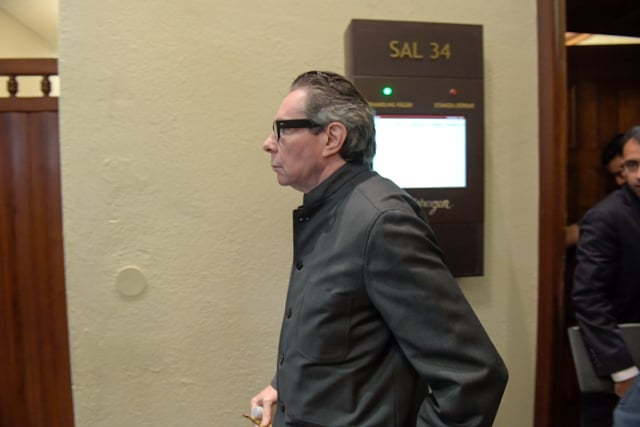 Stockholm District Court found Arnault guilty of raping a woman during the night between October 5th and 6th, 2011. It sentenced him to imprisonment for two years, according to the judgment seen by The Local.

The 72-year-old Frenchman had been charged with two counts of rape, one relating to an occasion on the night of December 2nd-3rd the same year. However, the court did not find him guilty of the latter charge.

“The court's responsibility in a criminal case is to decide whether the prosecutor has proven the charges beyond a reasonable doubt. The evidence in this case has mainly consisted of statements made during the trial by the injured party and several witnesses,” said presiding judge Gudrun Antemar in a statement.

“The court has made a thorough evaluation of the evidence and the court's conclusion is that the evidence is enough to find the defendant guilty of one of the events for which the prosecutor has brought charges.”

Prosecutors had called for a minimum sentence of three years in what was one of the first big trials to come out of the #MeToo movement.

Arnault is married to a member of the Swedish Academy which selects the Nobel Literature Prize winner, with the scandal prompting the institution to postpone this year's award.

The scandal erupted in November 2017, one month after rape and sexual abuse accusations surfaced against Hollywood mogul Harvey Weinstein.

At the time, Swedish daily Dagens Nyheter published the testimonies of 18 women claiming to have been raped, sexually assaulted or harassed by Arnault, who had close ties to the Academy.

The Frenchman also ran the Forum club, a meeting place for the cultural elite and popular among aspiring young authors hoping to make contact with publishers and writers.

The revelations left the Academy, which had funded his club for years, deeply divided over how to manage their ties to him and his wife, poet Katarina Frostenson.

Six of the 18 members resigned or went on leave in the wake of the row, and several of them regularly trade ugly barbs via the media.

In ruins and without a quorum to make key decisions (an additional two members had already resigned on previous occasions), the Academy postponed this year's Nobel Literature Prize, a first in 70 years.

Prosecutors investigating the allegations against Arnault dropped several of them due to lack of evidence or because the statute of limitations had expired.

The two counts of rape involved one woman.

According to the prosecution, Arnault forced the woman – who was in a state of “intense fear” – to have oral sex and intercourse in a Stockholm apartment on October 5th, 2011.

He was also accused of raping her during the night of December 2nd-3rd while she was asleep but was acquitted on that charge.

The trial was heard behind closed doors to protect the victim, whose identity has not been disclosed.

Arnault has maintained his innocence from the start. He has been held in preventive custody since the end of his trial on September 24th and will remain in jail until the formal start of his sentence, the court said.

His accusers claim the Swedish Academy was well aware of his behaviour, and blame the institution for helping create a “culture of silence” that pervaded Sweden's cultural circles.

An internatl Academy probe has concluded there were conflicts of interest between Arnault and the Academy, and found that several female Academy members and people close to them had also been harassed or assaulted by the Frenchman.

According to Swedish daily Svenska Dagbladet, Arnault was born in Marseille in 1946 to Russian refugee parents. He arrived in Sweden in the late 1960s to study photography.

He has bragged about being the “19th member” of the Academy, and according to the internal probe, he leaked the names of Nobel literature laureates on several occasions.