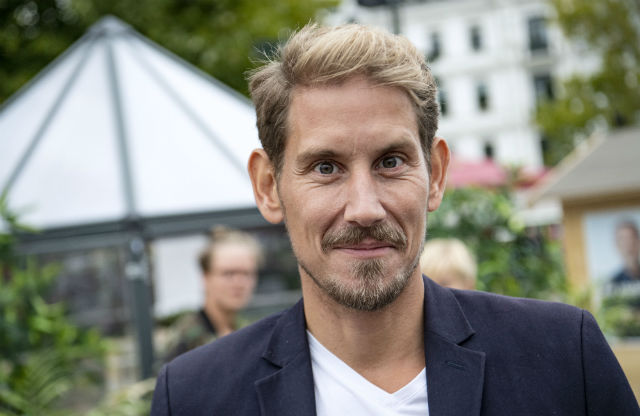 Local Centre Party leader Niels Paarup Pedersen pulled out of talks on Sunday after the Social Democrats refused to offer up the mayor position. Photo: Johan Nilsson/TT
Roko Kursar, chairman of the Liberal Party in Malmö, said that the Centre Party had made the demand during intensive discussions on Sunday.
“The Centre Party made the demand that the new city mayor should not be a Social Democrat,” Kursar told the Sydsvenskan newspaper.
“That was a demand that the Social Democrats could not meet. And our requirement for taking part in the negotiations was that the Centre Party should also be involved.”
Kursar stressed that the Liberals had not demanded the mayor position, but only that Malmö should have a centrist government “not only in name, but also in terms of policies”.
READ ALSO: Malmö's commuter-belt Moderates back talks with populists
Niels Paarup-Petersen, the Centre Party's local leader, told Sydsvenskan on Sunday that the party had rejected the Social Democrats' final offer, which included one member of the city board, some city official positions, and a political secretary.
Anders Skans, group leader for the Left Party, said that it now looked possible that Malmö could have a Moderate Party mayor heading a city board in which the left-of-centre parties had a majority vote.
“That seems a real possibility, as after today it looks like all the other situations are not happening,” he told The Local.
“The situation in Malmö now is about the most complicated you can have with mathematics,” he continued. “Some coalitions may reach a majority on the city board but be a minority in the city council.”
He said that the Social Democrats had so far not invited the Left Party to discussions, but that if the two parties teamed up with the Green Party, they could potentially take a majority of the city's 13 board seats, despite being in a minority in the 61-strong city council.
He said he expected the Moderate Party on Wednesday to propose increasing the number of seats on the board to 14 to avoid this possibility. “But I think that's a little bit different from what is decent in a democracy,” he said.
Sweden is also still trying to form a government on a national level. Follow the latest news HERE.