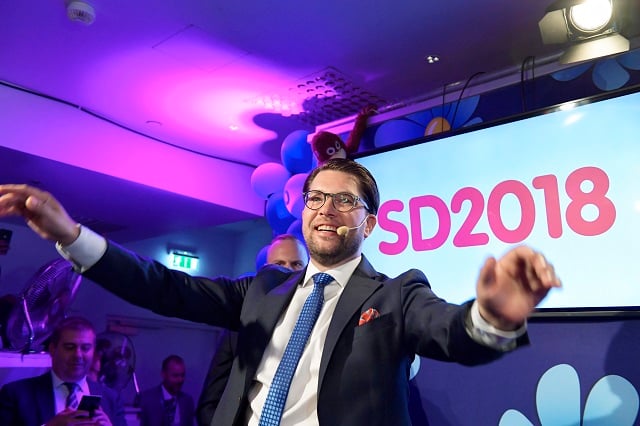 In Hörby, a town in the southern Skåne region, the Sweden Democrats became the largest party after local elections on September 9th, with a total of 35.4 percent of the vote.

And on Wednesday evening the party officially took control of the municipal council after the Moderate Party decided to join an electoral alliance with the local Swedish Senior Citizen Interest Party and SD. SD member Stefan Borg will now become mayor.

“This is of course historic and I'm both moved and euphoric,” Borg told SVT Nyheter Skåne.

“It feels fantastic, and also a big responsibility. If I fail in my role there will naturally be a big backlash,” he added to the TT newswire.

“My hope is that this will 'break the ice' in Swedish politics, making it easier for those who are close to each other on political questions to cooperate without fearing each other.”

The three parties together have a majority in the municipal assembly, but Borg said he had “high hopes” that the Christian Democrats would also offer their support.

He said that the Sweden Democrats' priorities in the area were to improve safety in the town centre and to keep local schools open.