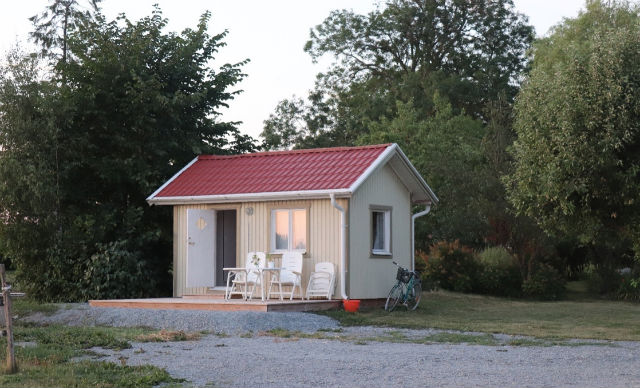 Halfway through the spring semester, I started panicking: how was I going to spend my first Swedish summer when most students were going back to their home countries?

I currently am doing a master's in Animal Science at Sverige Lantbruksuniversitet (SLU in Uppsala). During a fika at a program presentation focusing on degree projects, I sat next to my classmate Patricia. She had gone on a study trip for the welfare course in the previous semester at a commercial dairy farm called MB Ekström in Grillby. The owner of the farm offered a summer internship at his farm during the summer, she remembered. Photo: Feeding time prior to milking.

As soon as I heard about it, I knew it was an opportunity I couldn’t miss out on as dairy production is an area I am passionate about.

Thanks to Patricia, I started my internship at the farm as an animal keeper (djurskötare). This internship gave me an opportunity to put theory into practice learning all about production biology and animal feeding sciences, topics which I had previously discovered at university and had a keen interest in.

I experienced what it takes to work on a farm and all the physical work in entails such as bucket feeding, using a milking robot or assisting primiparous cows. I found out about Swedish laws governing dairy production and that they are indeed fully enforced. This internship was a great way to practice my Swedish too! Before hearing about this internship from Patricia, I had reached out to my lecturers asking about summer internships. I received a positive response, and so I was to spend three weeks in August at a small-scale dairy farm in Gute (Puttersjaus Gård).

During my three weeks at the Puttersjaus Gård, I had a chance to see and understand how a suckler dairy farm is managed. I learnt about milk processing, from pasteurising to making yoghurt, cream, sour milk and soft cheese.

I could relate to the set-up of this farm as it was not very different from the ones I am used to back home in Zimbabwe. The main difference was the mechanisation of the farm. The owners of the farm were incredibly helpful which sparked my curiosity even more.

In a nutshell, I had a great summer with both learnings, putting theory into practice and great fun. Networking enabled me to have two great summer internships. So, to my fellow NFGL members, let’s keep on creating new networks and maintaining the ones we already have.