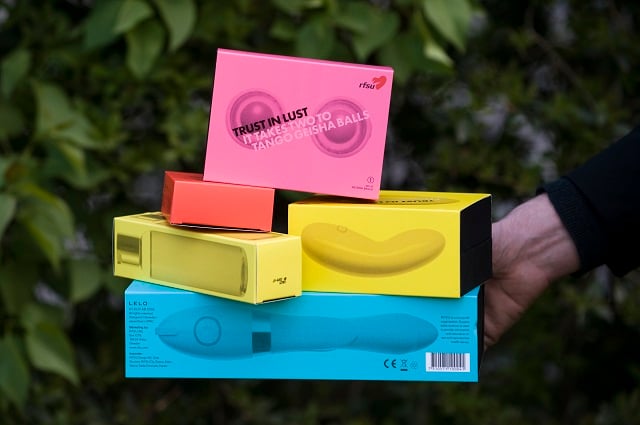 In one Stockholm hospital alone, 73 people over a seven-year period sought emergency medical care for foreign objects stuck in the rectum.

The study, published last July, has now prompted the Swedish Standards Industry (SIS) to launch a proposal for introducing safety standards across the sex toy sector, together with representatives from manufacturers and consumer organizations.

“Sex toys are used in the entire world and as far as I know there is no research which can state what is the most common injury. Since these products are used everywhere it is important that the standard now being developed becomes global,” explained Anna Sjögren from SIS when contacted by The Local.

Those who sought treatments for lodged objects were disproportionately likely to be male, with a median age of 41, though the total age range spanned from 15 to 92.

What's more, the authors noted that the true figure of sex toy retention was likely even higher than the study suggests, “given reluctance to seek care for a potentially embarrassing condition”. They also suggested that a “safety string or adequate-sized stopper” could have prevented many of the affected patients from retaining the items.

The SIS' proposal for sex toy standards will be submitted to the International Organization for Standardization in the hope that it will be adopted by other countries.

“Currently there are no international or Swedish standards for these types of products. Each manufacturer and retailer have their own test methods based on standards and rules from documents with similar material or safety perspective,” Sjögren said.

“This works in many cases, but guidelines in the form of a standard can contribute to the quality ensures of the products in general, with requirements on safety, consumer information and risk analysis not only stopping injuries but can lead to a reduced number on incidents.”

While some products are covered by general requirements for chemical content and the EU Low Voltage Directive, they do not fall into the category of medical devices which are subject to specific quality checks.

Sjögren stressed that introducing standards would likely not stop sex toy-related injuries completely, but could reduce the number of incidents and injuries, help producers and hopefully save some money used on medical and surgical treatment.