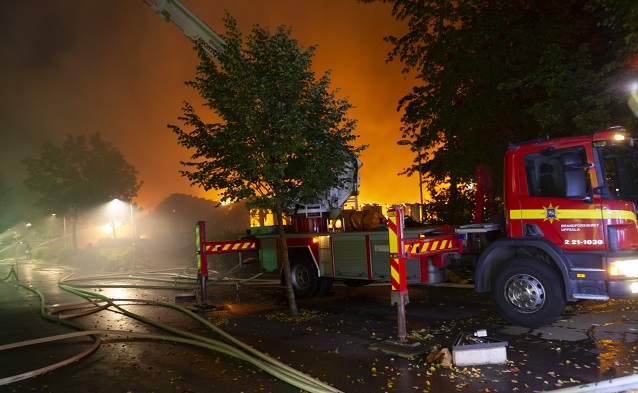 Two of the Gottsundaskolan's three buildings have been totally destroyed, but emergency services said that it should be possible to save the third building.

The alarm over the fire was raised at around 3am on Monday morning after an eyewitness contacted emergency services to report flames at the building. During the course of the morning, officers from five fire stations worked to fight the blaze, but by 7am it was clear that parts of the school building could not be saved.

“Two parts of the school have burned down. The roof and parts of the gables have fallen in. We will however be able to save the third part of the school,” said Mathias Häglund from Greater Stockholm's emergency services.

Häglund added that Gottsunda Church was located close to the school and for a while looked like it could be reached by the flames, but was now out of danger. The work to tame the blaze at the school, though, was expected to last through Monday morning.