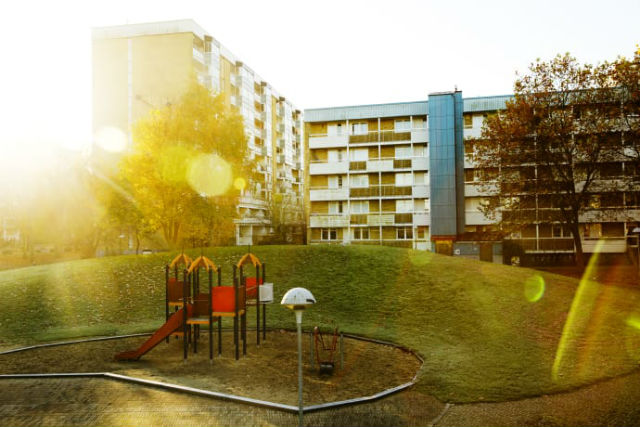 Victoria Park last year took a major stake in Tornrosen in Rosengård. Photo: Rosengård Fastigheter
The Stockholm District Court ruled on Friday that the man, whose Malmö-based company last year posted revenues of more than a billion kronor, should be placed in pre-trial detention together with two other men, a 24-year-old and a 29-year-old.
According to the Dagens Industri newspaper the 60-year-old is being held due to suspicious transactions he made on March 27 and 28, just three days before Victoria Park announced that it had received a bid from the US investment firm Starwood Capital.
He then allegedly made another suspicious transaction on April 30, three days before the German investment company Vonovia came in with a competing $1.1bn bid.
Christer Dahlström, the prosecutor at the Swedish Economic Crime Authority handling the case, told the newspaper that the investigation was now focused on finding the person or people close to Victoria Park who had leaked information on the bids.
“It may be that the person who received and acted on the information has pieced together the information by moving in social circles where you can pick up some information from one place and other information from another,” he told the newspaper.
He would not give any details to Sydsvenskan on the reasons for placing the man in remand, apart from that it involved insider trading.
“The current matter concerns an ongoing investigation. But on grounds of investigation secrecy, I cannot comment,” he said.
Kristoffer Ståhl, the 60-year-old’s lawyer, said that he did not believe the prosecutor had made a convincing argument for placing his client in custody.
“We disputed the custody decision,” he said. “I expect him to walk free at the soonest possible juncture. Our position is that he is innocent and I am convinced that that is what the investigation will show.”
Ulrika Borg, the lawyer for the 24-year-old, also said the evidence against her client was “extremely weak”.