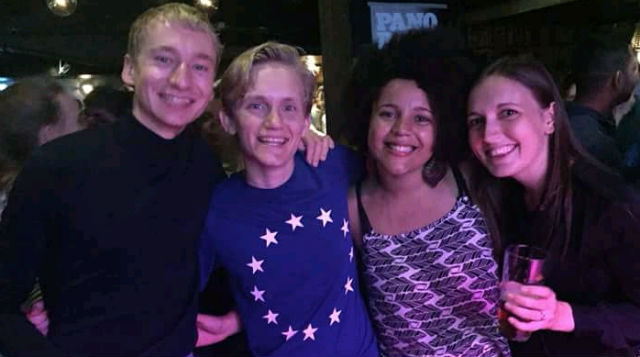 Panoramica, Stockholm's annual Latin American Movie Festival, took place between 25th and the 30th of September. As a Brazilian, beginning my Masters in Latin American Studies at Stockholm University, I was eager to volunteer at the festival, which proved to be one of the most wonderful experiences I’ve had in Stockholm so far.

Panoramica launched in 2015 with the aim to transform through movies, the perception of Latin American communities, encourage a dialogue between different ethnic groups in Sweden and promote diversity within the Swedish culture. Sweden is home to people from over the world, such as all of us SI Scholars. The festival gathered Swedish but also Latin American spectators, some bringing along their entire families. Having the chance to watch a movie in their mother tongue or about their home country felt very special to them. Some films also pictured difficult experiences which they had to endure and were often the reason why they fled their home countries because of issues such as dictatorships in the region.

This year the festival wanted to highlight the voices and political struggles of women and LGBTQ+ communities. Latin America is one of the regions where the rate of murdered people in LGBTQ+ communities is the highest in the world. The festival also focused on the activism of women in political positions, through screening films with strong female characters taking a stand to change their social context and fighting against the power structures repressing them.

Besides screening movies, the festival held seminars on the topics presented but also debates about the role movies and documentaries have in changing our perspective about issues that might not be part of our daily reality but still affect our communities and loved ones. One of the highlights of volunteering at the festival was the feeling of giving something back to this new community I feel now a part of. Screening films not only entertained people, but they also brought up discussions about important matters and engaged the public in sharing their points of view.

My participation also pushed me to reflect on all the reasons why I chose Sweden to do a masters in Latin American studies. For me, it felt natural to pick a country where values such as human rights, gender equality and transparency are celebrated. A country where cultural diversity has become an essential part of society. Being part of Panoramica showed me I made the right decision. The people I met, the movies I watched and the discussions I heard were all celebrating these values. My studies have been enriched by this experience that made me realise, once again, that together we can find solutions to local and global problems and promote a more peaceful world.