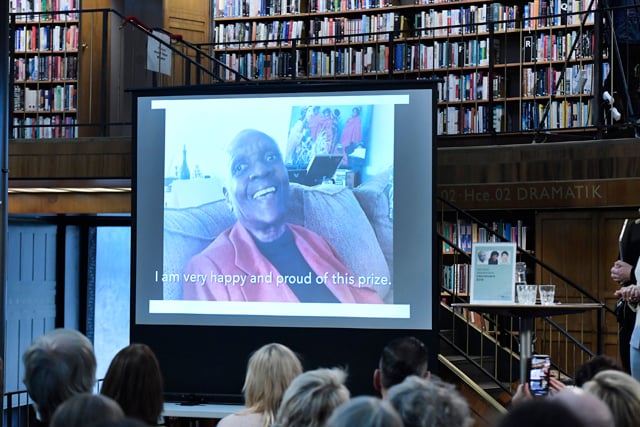 "Happy and proud" – Maryse Conde at the press conference that announced him as the winner of the New Academy Prize in Literature. Photo: Janerik Henriksson/TT

The New Academy Prize in Literature was formed in protest to denounce what its founders called the “bias, arrogance and sexism” of the venerable Swedish Academy, which selects Nobel laureates.

The Swedish Academy was plunged into turmoil in 2017 over its ties to Frenchman Jean-Claude Arnault, who was jailed for two years in early October for rape.

Conde “describes the ravages of colonialism and post-colonial chaos in a language which is both precise and overwhelming,” the New Academy – founded by more than 100 Swedish writers, artists and journalists – said more than a week after the Nobel Literature Prize would have been announced.

Swedish librarians nominated 47 authors who were later voted on by nearly 33,000 people from around the world, leaving four authors – two women and two men – on the short list.

Murakami withdrew his nomination last month, telling organizers he wanted to focus on work and avoid the spotlight.

“I'm very happy and proud of this prize… Please allow me to share it with my family, my friends and above all with the people of Guadeloupe, who will be thrilled and touched seeing me receive this prize,” the 81-year-old Conde, who is often among authors tipped for the Nobel prize, said in a video message.

Part of France, Guadeloupe is “only mentioned when there are hurricanes or earthquakes,” added the writer whose work explores racial, gender and cultural issues in a historical context.

'Punished for what happened?'

The Nobel scandal erupted in November 2017 when Arnault, who is married to a member of the Swedish Academy and has close ties to the organization, was accused of sexually assaulting several women.

Earlier this month, a Stockholm court found him guilty on one count of rape while acquitting him of another.

The revelations have sparked resignations from Academy members and left the prestigious body deeply divided over how to manage its ties with Arnault and his wife, poet Katarina Frostenson.

“It all started with accusations of sexual assault and sexual harassment, leaks, corruption… one day we heard the Swedish Academy was to cancel the Nobel prize in literature,” said Alexandra Pascalidou, one of the New Academy's founders.

“Why was literature… why were the authors going to pay the price?… Why were they to be punished for what happened?” she told an audience in Stockholm.

The award carries prize money of up to one million kronor (around 97,000 euros, $113,000) raised from crowdfunding and donations and will be handed out at a December 9th ceremony, one day before the Nobel banquet.

Pascalidou said the new literature award would only be given this year, with the organization set to dissolve in December.

The Swedish Academy, meanwhile, said two Nobel Literature Prize laureates would be announced next year – one for 2018 and another for 2019. 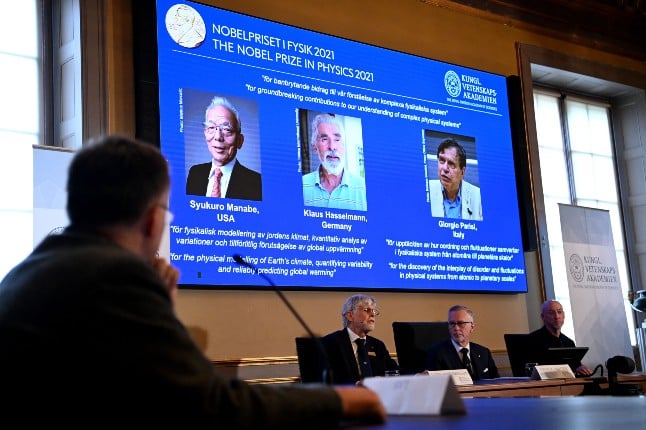