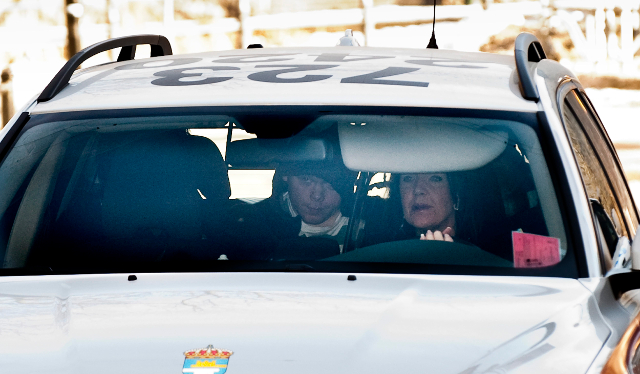 Niklas Eliasson, often referred to in Swedish media as “the Örebro rapist”, was convicted in 2011 of 14 counts of brutal rape or attacks on women in the central Swedish town between 2005 and 2010.

His arrest was a relief for many Örebro residents after a long police hunt for the serial rapist.

He was sentenced to 12 years in jail and was on Thursday released on parole after serving two thirds of his punishment. The conditional release is meant to aid Eliasson's return to society and as a high-risk offender he will remain under strict surveillance by Swedish authorities for the next four years.

“There are several benefits to a conditional release. In general, you can say that what we are doing is trying to rehabilitate these people to a life without crime,” chief probation officer Mattias Hedengren in the Örebro and Värmland counties told Swedish broadcaster SVT.

Eliasson admitted to all the crimes, but found it hard to explain why he committed them. He told investigators at the time that he had planned on killing several people before taking his own life.

His trial also heard that he started “stalking” people when he was only 13 years old, explaining that his behaviour was a way to pass the time after his parents got divorced.

It is not known where Eliasson will live during his time outside of prison. He has changed his name and been granted both a secret address and the possibility of a secret identity.

His case – together with that of “the Haga rapist” who was locked up in 2006 for raping several women in the northern town of Umeå – was one of Sweden's largest sexual assault trials ever.

Niklas Lindgren, the Haga rapist, was released in 2015 after serving two thirds of his sentence.