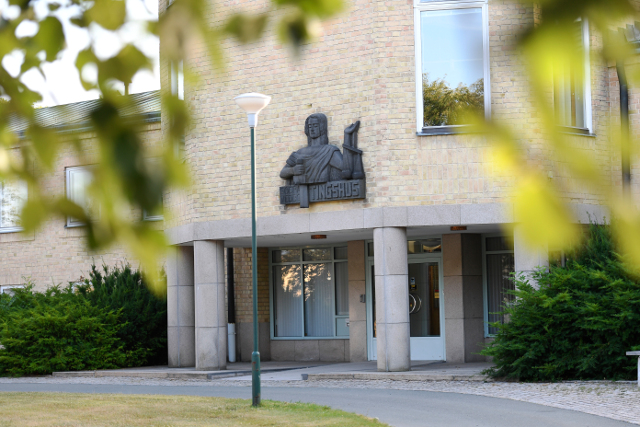 Eksjö District Court, where the trial will be held. Photo: Mikael Fritzon/TT

The man was arrested last month on suspicion of attacking the teacher at the school in Nässjö, as reported by The Local at the time.

He is said to have locked the door to the classroom, held the teacher and forcibly pushed her further into the room where he allegedly carried out sexual acts equivalent to rape, the TT news agency reported.

The student is also accused of sexual abuse and of threatening via Snapchat to kidnap the teacher and forcing her to carry out sexual acts.

He remains in custody pending trial and denies the allegations.