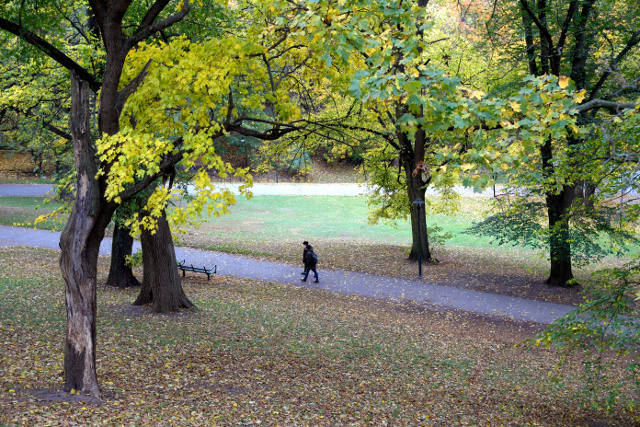 The mercury is expected to edge up to around 10C in southern Sweden this week.

“This week, too, is fairly mild for the season and the air will only start getting colder this weekend,” Henrik Reimers, meteorologist at national weather institute SMHI, told the TT news agency.

Even northern parts of Sweden may get temperatures of around 5-6C above zero, which is also unusually warm for this time of the year.

“The Götaland and southern Svealand regions usually have a couple of degrees above zero, and north of Dalarna it's usually below zero and in the mountains close to -10C. That's what's normal.”

Tropical hurricane Oscar, which formed in the Caribbean last week, is partly to thank for the mild November weather. It moved in the direction of Scandinavia, but when it hit Norway and northern Sweden it had weakened in strength and was no longer a storm – but did bring warmer air than usual. This picture was taken from a train between Skövde and Falköping only last week. Photo: Marie Carlsson/TT