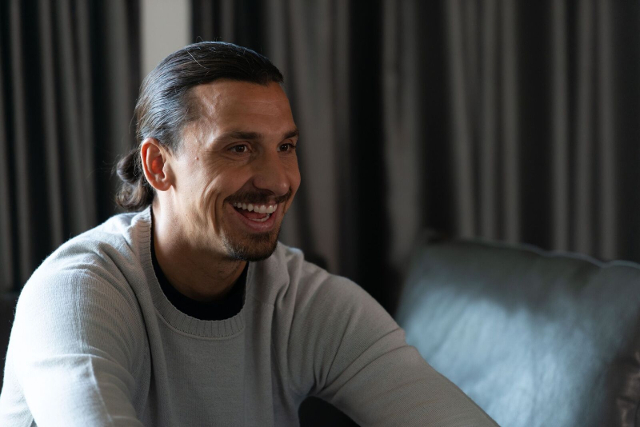 Zlatan Ibrahimovic is releasing a new book about his career. Photo: Elisa Ferrari

Ibrahimovic moved to LA Galaxy earlier this year not long after recuperating from a serious knee injury that left him out of play for his previous club Manchester United for several months.

A new book, written together with football journalist Mats Karlsson, tells the story of the Malmö legend's football career, including that Europa League match in 2017 which ended with him limping off the pitch. Ibrahimovic – known for his self-confidence – reveals he found it hard to accept that he had been injured.

“I was helpless. I didn't know what was going on. I didn't think I was injured when it happened. I said 'this is no problem. I am Super Man and this is fine'. So I went to bed with a swollen knee. 'I'm OK tomorrow,' I thought. It was my self-confidence and my ego that made me feel like nothing could hurt me,” he told the Aftonbladet newspaper in an interview published on Tuesday.

He is now back on the pitch, but at 37 years of age, the prospect of retirement looms.

“I don't know how to handle that day when it comes. I have a few different projects, I have my two children, I'm following their life now,” Ibrahimovic told Dagens Nyheter (DN) on Tuesday.

“I don't know how I will feel when it's over. But you have to keep occupied. Otherwise you hit the wall. I have seen many examples of that in footballers who stop playing – I don't want to end up there,” he said.

Ibrahimovic has featured in a number of commercials and has previously spoken of his interest in acting – and months of living in Los Angeles seem to have done little to stop his Hollywood dreams.

“I have felt for many years that I am myself more and more in front of the camera. That I could do more, for example being an actor,” he told DN. “The good guy, the bad guy – I would be able to do anything. I can adapt – I'm like the chameleon.”

“There are various offers from the movie world. But it has to be right. I don't want to be an extra in the background. A good part – then I'm in the picture.”

Asked if he could be an action hero, and possibly play the antagonist in a movie, Ibrahimovic smiled: “Why not? A Jason Bourne, a James Bond. But as you say: not the good guy but the bad guy.”