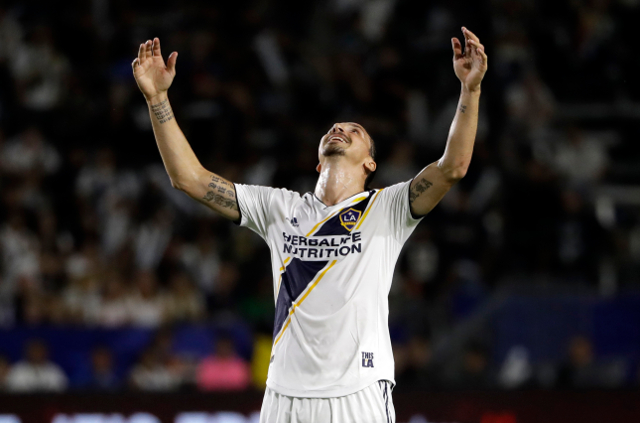 Zlatan Ibrahimovic says he's 'optimistic' he'll be back with the Los Angeles Galaxy next season, despite reports of European suitors keen to lure the Swedish star from Major League soccer.

Ibrahimovic has a contract through the 2019 season, but Serie A giants AC Milan have expressed an interest in bringing him back to Italy.

The Galaxy were energized in Ibrahimovic's first MLS season but nevertheless fell short of an MLS Cup playoff berth.

On the final day of the regular season they surrendered a two-goal lead in a 3-2 loss to the Houston Dynamo that ended their playoff hopes.

Reports in Italy indicate AC Milan, are interested in bringing Ibrahimovic back to Europe.

Ibrahimovic, who scored 22 goals in 27 games for the Galaxy this season, said that if he does decide to return to the Galaxy he wants them to be contenders.

“For me to return, I want to be able to challenge for the trophy,” he said.

“I'm not here for vacation. I'm here for the challenge. I want to feel I have a chance to be the best in MLS – my team, not me, because I am the best.”

“I want to feel my team can compete against others in a good way.”

The Galaxy showed readiness to make changes on Tuesday when they parted ways with vice president of soccer operations Pete Vagenas.

Galaxy president Chris Klein said Ibrahimovic is in the club's plans for next season.

“What he did this year is certainly well-documented, from the impact that he had on our team, but I'm sure he will relay this to you as well: He wants to win. And we want to win with him,” Klein said.