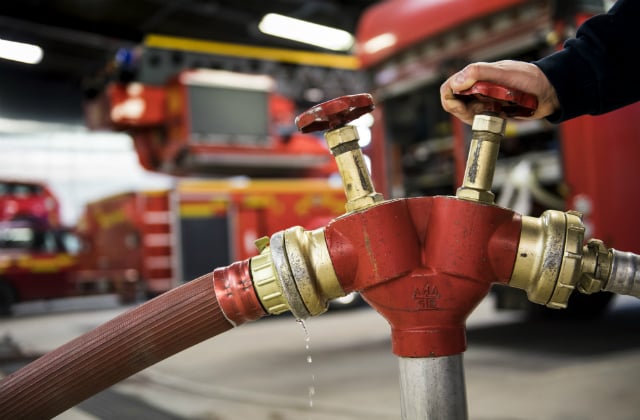 The fire station (not pictured) had only recently been included as being part of the property prior to the sale. Photo: Pontus Lundahl/TT

It's important to do the paperwork. That is a lesson that the municipality of Storuman learned the hard way after accidentally selling off its fire station.

The municipality is now hoping to get the fire station back by suing the buyer for four million kronor (€390,000) or making them hand the facility back, saying it needs it more than the buyer and that the buyer should have realized that the municipality's use of it meant it was obvious it was never up for sale.

“We realized early on that a mistake had been made. In the beginning we thought we'd come to an agreement [with the new owner], but in hindsight it appears as though we haven't. This is why we've filed a lawsuit,” Tomas Mörtsell, mayor of Storuman, was quoted as telling Lokaltidningen.

The municipality insists that the fire station was never intended to be part of the deal “and that's why we're now forced to handle this judicially”.

The deal dates back to 2014, when Storuman sold a number of buildings to private real estate group JLO Fastigheter AB in Umeå for 4.2 million kronor (€408,000). The fire station had been added to the same real estate unit in Sweden's property register only two years earlier, causing the municipality to miss its' inclusion.

Afterwards, the new owner offered Storuman to buy the fire station back for 10 million kronor (€973,000), more than double the price it had paid for the property and the buildings on the land.

The buyer slammed the municipality's handling of the matter.

“We've paid for the facility and have all the necessary documents. To come to us afterwards and say that the deal was a mistake is weird,” said Lennart Olofsson, owner of CloudBerry Estates of which JLO Fastigheter is part.

“The most natural thing would have been for them to buy the premises back, but the municipality hasn't done so. Instead it chooses to pursue it in this way, and sue me and the company for a bunch of money.”