The Northern Lights season is here. Taking these pictures is an art itself and requires preparation, so The Local spoke to an expert to find out how to take awe-inspiring snaps of the Northern Lights.

The Northern Lights are also known as Aurora Borealis and are a natural phenomenon occurring when electrically charged particles from the sun collide with gaseous particles in the earth’s atmosphere.

The colourful displays can appear from the beginning of October to the end of March in large parts of northern Scandinavia, as long as the sky is clear, but even if you travel to Lapland a sighting is not guaranteed, and a good picture is even less so.

READ ALSO: Where to see the Northern Lights in Sweden

What do I need to take with me?

If you want to get a good photo, the essentials are a camera (preferably not a mobile phone — see below) and a tripod. Because the photos will be taken at night, you might need to work with long exposures, and a tripod keeps the camera steady to make this easier.

Winter temperatures in northern Scandinavia can go far below zero, so warm clothing is absolutely crucial. Another side effect of the cold is that your camera battery will drain faster, so remember to bring enough spare fully charged batteries.

Abisko-based photographer Chad Blakley, the co-founder of Lights over Lapland, recommends that other than these essentials, you should try to pack as lightly as possible, as there might be a lot of moving around involved in order to get the best shots.

As well as preparing the right equipment, make sure that you don’t go out alone.

“You should take someone with you who is experienced in the field. Even for professional photographers it can be hard to take beautiful pictures – especially if it’s the first time trying out Aurora photography,” Blakley told The Local.

READ ALSO: Members’ Q&A: How do you dress for the cold weather in Sweden? 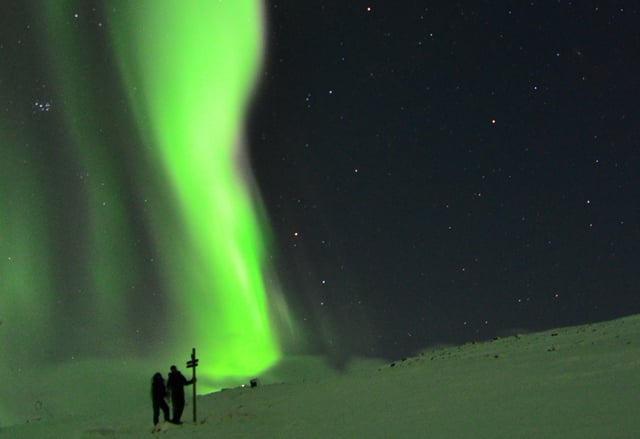 Where should I go?

The Northern Lights appear almost exclusively above the magnetic poles of the northern hemisphere, which for Sweden and Norway means the northern regions, like Lapland. To see them as brightly as possible, a clear night sky is best – so it makes sense to look for regions with little precipitation and light pollution. So it’s best to follow a precipitation radar for your planned trip, and try to find an open space.

Can I use my mobile phone?

It’s difficult to mount a mobile phone of a tripod and there are usually not enough manual settings to change.

But that’s not even the biggest problem. Blakley notes that phone batteries are “notoriously bad with cold weather and die within ten minutes outside.” So it’s better to either invest in a good camera or borrow one (most guides and tour companies will offer this option) to get satisfying results.

Do I need special equipment?

“That depends on your expectations,” says Blakley.

“You can go to the store and buy the most basic camera with a kit lens and still take okay pictures. But if you want to take better ones, there are definitely benefits to a wide-angle lens. A tripod is pretty important – you could technically use any still surface, but that just makes it more difficult.”

You might also find a remote shutter release helpful, which prevents the camera from shaking while releasing the shutter. This can be useful when taking long exposure photos.

How do I focus my camera on the Lights?

When taking pictures in broad daylight, it’s common to set the camera on auto focus. That way, it finds a point and focuses on that – usually the whole picture comes out sharp that way. At night, it’s a different story. It’s hard for a camera to autofocus on an object in the darkness. 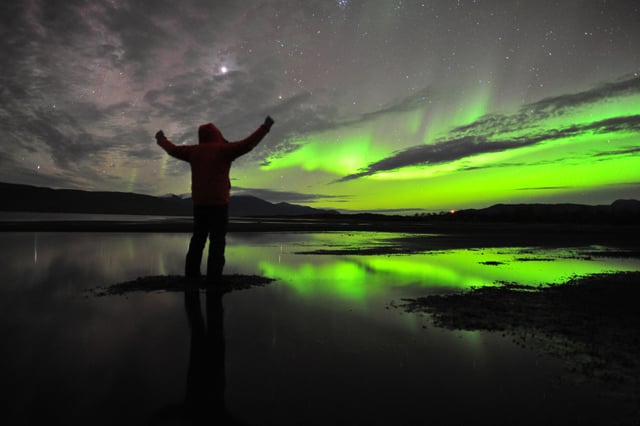 Should I use special camera settings?

The best settings for taking spectacular Aurora photos vary. It depends on the brightness of the Northern Lights themselves, as well as other factors such as external light sources.

“Every camera sees colours in a different way,” explains Blakley. “Our goal is always to make the Northern Lights come out as realistic as possible.”

To achieve that, he says that there is not one fixed shutter speed. “You generally want to use a slow shutter speed. But remember, the longer it takes, the more you see the movement and the brighter it gets.” Blakley also suggested a high ISO (which determines the light sensitivity of the camera) of 800-1600, depending on the Aurora.

What are the common mistakes and how can I avoid them?

There are three common mistakes made by beginner Aurora photographers. Luckily, it’s quite easy to avoid them.

1. Overdoing the exposure time or the editing of the final photographs. It’s easy to make the Northern Lights look much brighter than they are. But that could also raise the expectations of future visitors, which might cause disappointment when they realize that the Aurora isn’t always as bright as it seems on the pictures. To prevent the natural beauty from being lost, Blakley suggests always using the fastest shutter speed possible and keeping edits to a minimum.

2. Messing up the focus. That can easily happen, especially if you’re not used to a manual focus. “The cold can warp the glass in the lens and therefore blur the picture,” explains Blakley. His tip: “I suggest checking the focus every ten to 20 photographs by zooming in on the stars and check if they’re still sharp.”

3. Ruining your camera. It sounds dramatic, but again, this is easily done. When you come back in to the warmth of a house after taking photos in the icy cold outside, the camera will get covered in condensation. That means that you can’t take any more photos. The excessive moisture can also damage your camera. Make sure to let it warm up slowly by putting it in a plastic bag when you come back in – that way the condensation will be on the outside of the bag and not on the camera. ‘You have to aim for having 100 percent happy customers’

‘You have to aim for having 100 percent happy customers’