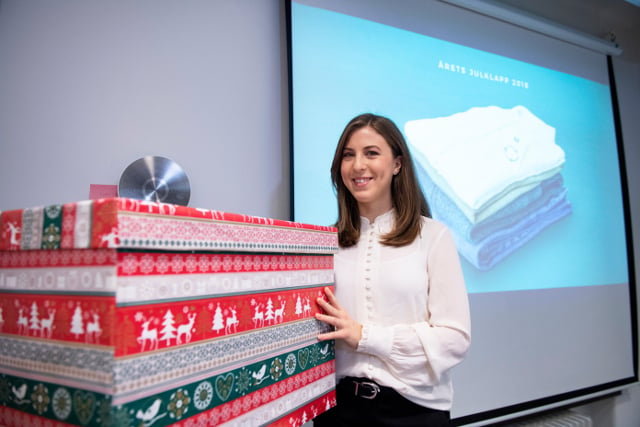 Retail organization HUI Research every year picks what they think will be Sweden’s most popular Christmas gift of the year (årets julklapp), which inevitably often becomes a self-fulfilling prophecy.

Last year the electric bicycle claimed the top spot, in 2016 the nod went to VR glasses and the year before that the robotic vacuum cleaner helped keep homes clean during the holiday season.

The prize has been criticized for encouraging consumerism, so perhaps it was partly as a reaction in response to that that the organization on Tuesday named “the recycled garment” as its choice.

The criteria for the Christmas gift of the year are that it must be trendy, a hot seller and represent the times in which we live. This year marks the 31st year that HUI Research has published its prediction for the gift most likely to be snapped up from the shelves in the run-up to Christmas.

The tradition began in 1988 when a baking machine was nominated. Previous winners include a cookbook, perfume, mobile phone, acupressure mat and an electronic pet.