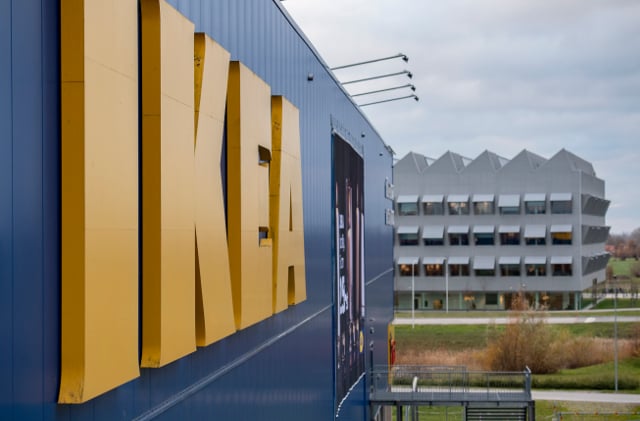 But net profit tumbled by 40.6 percent to 1.47 billion euros, while operating profit shrank by 25.7 percent for the group which operates 367 Ikea stores worldwide.

The Swedish company also plans to accelerate its investments in stores in city centres, a strategy aimed at accommodating changing lifestyles as fewer people own cars.

Ikea opened smaller city stores in Stockholm and Madrid in 2018, as well as a planning studio for kitchens and bedrooms in London. A store is also set to open in central Paris in mid-2019.

Ingka said customer visits to its stores increased by three percent to 838 million in 30 countries.

Online sales meanwhile jumped by 45 percent from a year earlier.

Ingka announced last week that it planned to cut 7,500 Ikea jobs worldwide by 2020, mainly office jobs, as it reorganizes to focus on e-commerce and city stores.