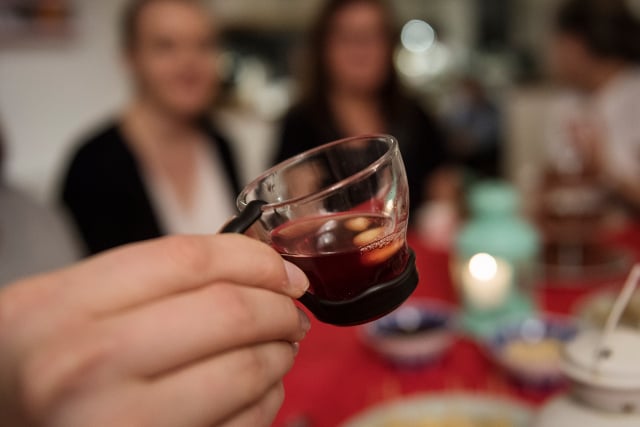 Customers can bring their bottle back to Systembolaget and get their money back. Photo: Vilhelm Stokstad/TT

Systembolaget on Monday stopped all sales of the Ernst alcohol-free mulled wine – or glögg in Swedish – after it was reported that some of the bottles had exploded.

“We currently have three incidents,” the state-run chain's press officer Elina Yli-Torvi told The Local. For that reason we have chosen to stop sales before it reaches more consumers.”

The glögg in question is “Ernst alkoholfri glögg 0.5%, 750 millilitres” and Systembolaget urged those who have already bought it to bring it back to the store and get a refund.

Systembolaget has also informed Sweden's National Food Agency of the decision, since the wine may also be sold in regular grocery stores because of the low alcohol content.

Saturnus, the company that produces the Ernst mulled wine, said they had launched an investigation but suspect it could be because of the wine fermenting in the bottles.

“We use de-alcoholized wine, spices and sugar. Normally, it shouldn't happen, but it can happen,” Saturnus CEO Edward Liepe told SVT.

The company produces three million bottles of glögg every year and around 10,000 bottles in Systembolaget's stores are affected by the recall. The Ernst glögg is produced in collaboration with Ernst Kirchsteiger, famous for his TV home decoration shows.

READ ALSO: The importance of being Ernst