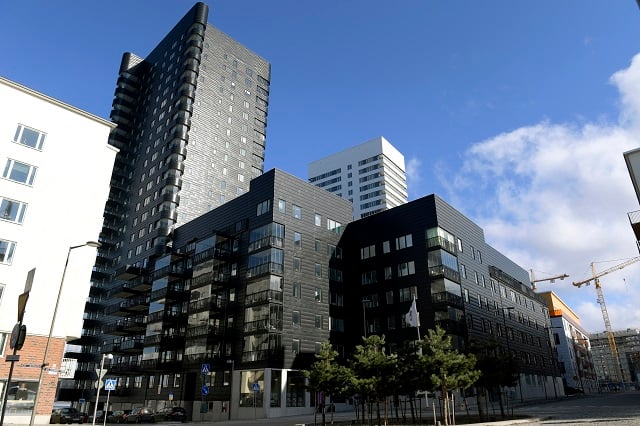 New figures from real estate website Hemnet, analyzed by newswire TT, show that the number of new apartments available in Sweden has reached a record high.

Across the country as a whole, 13,759 newly built apartments were for sale in November, an increase of 15 percent compared to the same month last year.

Growth was steepest in the Västra Götaland region, where the number of new apartments for sale has risen by an enormous 79 percent year-on-year. Skåne in the south of the country also saw a significant increase, while in Stockholm the offering rose only by 11 percent.

“There's more for buyers to choose between. It's both old and new apartments that are competing and naturally that affects the market; it's slower now,” said Sven-Erik Kristensen, regional head of real estate company Bjurfors in Gothenburg.

However, the slightly less competitive market has not led to a major drop in prices in the region, Kristensen said.

“There is an underlying pressure. Compared with when prices were at their highest in summer 2017, they have fallen by around ten percent,” he explained.

At that point, there were a lot of apartments already under construction in the Gothenburg area, many of which are now on the market.

Kristensen's assessment was that the market moves faster in Stockholm, with a greater gap between the highest and lowest prices than in other parts of the country.

“Changes happen first in Stockholm, then when they come to Västra Götaland and Skåne, construction companies have been able to adjust their prices. That means the fluctuations aren't as strong outside Stockholm,” he said. “Our company sells a lot of new-builds, and we can see that many have already adjusted their prices.”