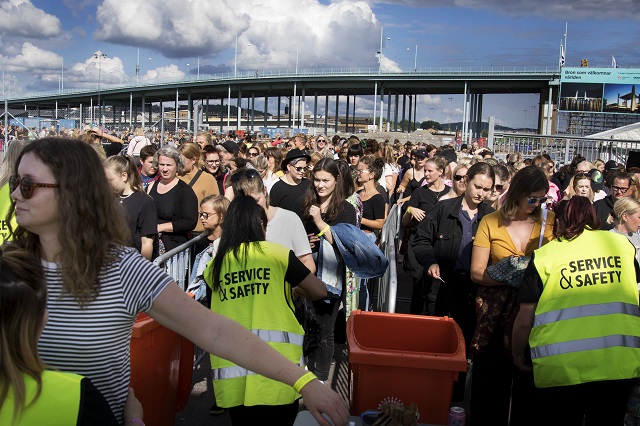 The body carried out an investigation into Statement Festival, an event aimed at women which took place in Gothenburg this summer and was organized following multiple reports of assault at other Swedish festivals.

The ruling, issued on Monday, confirmed that describing the festival as “man-free” amounted to “an infringement of discrimination law”.

The DO said that no individuals had been discriminated against, and noted that the festival had not in practice enforced the ban on cisgender men (those who identify with the male gender assigned at birth).

“No differentiation based on sex was made between visitors at entry,” the ruling said. However, it added that “public statements which clearly discourage” a certain group from attending an event amounts to discrimination, and therefore the festival was in breach of the law prohibiting gender-based discrimination.

Statement Festival was launched by comedian Emma Knyckare in response to reported sexual offences at other music festivals, which led to one of the largest such events in Sweden being cancelled altogether.

After questions were first raised about the festival's definition as 'man-free', organizers confirmed they would also welcome trans men and non-binary people.

“It felt important when so many people wanted it,” Knyckare told The Local during the early stages of planning. “All men are not rapists, but almost all rapes are carried out by men. We want to create a free space, a cool festival where women can be without feeling worried. A festival is not the solution, but a reaction to the problem. The goal with the festival is that there shouldn't need to be separatist events.”

In the DO's ruling, the body noted that its decision should not be seen as “calling into question the serious problem of sexual assault”.