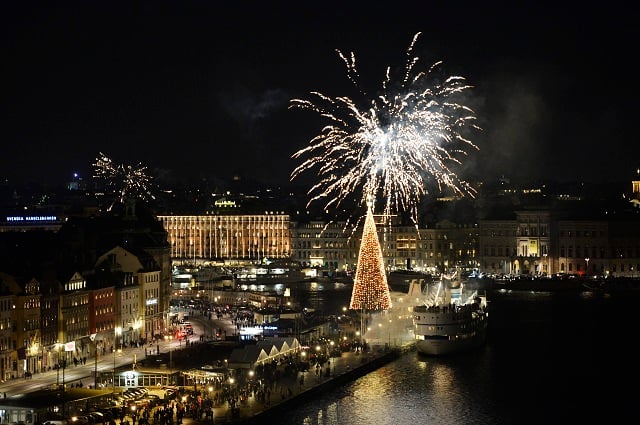 Fireworks over Skeppsbron in central Stockholm, one of the country's most popular displays. Photo: Anders Wiklund / TT

The firework display in Sweden’s capital takes place in the water, in the area between the Royal Palace in Gamla Stan, the National Museum, and Skeppholmsbron.

The best views of the display are from Gamla Stan, along Skeppsbron, or in Blasieholmen, on Södra Blasieholmskajen. But there are many other good spots from which to watch the fireworks, such as along Strandvägen in Östermalm and Skeppsholmen. On Södermalm, try the cliffs around Slussen, Monteliusvägen, or for views of Kungsholmen and the City Hall, head west on Hornsgatan to Skinnarsviksberget, the highest natural point in inner Stockholm. There are road closures and traffic restrictions in the area around the display, affecting parts of Gamla Stan and Blasieholmen. There is also a firework ban in effect within the traffic-free zone, which means that pedestrians are welcome to watch the fireworks from the area, but fireworks, firecrackers and paper lanterns are not allowed within the perimeter. Checks will be carried out at the entrances.

For a different experience in the capital, Skansen is open late on New Year’s Eve and offers a range of activities and entertainment. It also offers great views of the city (and all the various firework displays) from its hills. Entrance is 165 kronor for adults during the day (10am-4pm), and 160 kronor after 8pm.

Local newspaper Göteborgs-Posten has been organizing a fireworks show every New Year’s Eve since 1982, and it is considered the biggest in Sweden. At 5pm, around 500 kg of fireworks are set off from Kvillepiren, in Frihamnen.

With clear weather, they are visible from as far as Masthuggskyrkan, but for a guaranteed view, head to the waterfront – places like the Opera House or the SVT building on Pumpgatan are good locations – or go uphill to Skansen Kronan or even the top of the Nordstan carpark. The main celebration in the southern city takes place in the square outside Malmö Opera, starting at 11:40pm. Get there much earlier for a good spot though. There will be music and the traditional countdown before midnight, when confetti rains down and the fireworks light up the sky.

If you have children, there is a dedicated party for the little ones at Stortorget, from 1pm to 5pm. It includes a theatre performance and a child-friendly fireworks display. This year, the theme for the Children’s New Year is Space. Head to Lundagård for the midnight fireworks show by Lundapyrot, Lund’s pyrotechnic student organization. The best place to watch the fireworks, according to them, is in front of AF-borgen, house of The Academic Society in Lundagård, or the top of Helsingkronatornet. But the display should be visible from most of the university town.

The celebration in Södra Hamnplan starts at 11:30pm, with food, drinks, and choir singing. After the countdown, fireworks go off at midnight from the water.

This year’s fireworks show will be a quiet display – with no bangs – and at a low altitude to reduce noise disturbance.

Join the celebration and watch the fireworks from Sandgrundsudden at midnight, where you can watch the display on the banks of Sweden’s longest river, the Klarälven.

Last year, Västerås made headlines with an all-new New Year’s Eve celebration. The highlight was a 3-D film with reference to HBO’s series Game of Thrones and the city’s fictional namesake, Westeros.

This year, the event will again be at Fiskatorget, starting at 11:30pm. The main attraction will be a laser and fire show, with the countdown on the City Hall tower. There will be some fireworks at the end of the laser and fire presentation, but the city is aiming to reduce the use of fireworks.

Some Swedish cities have decided not to put on fireworks displays on New Year’s Eve for animal welfare and environmental reasons, offering laser and light shows instead. Here are some family- and pet-friendly alternative celebrations throughout Sweden.

Boden is celebrating 100 years since it received city status on January 1st, 1919, making this year’s celebration even more special. The party starts at 3pm at Kvarnängen, offering activities for the whole family, including singing, dancing, and even a torch procession.

Head to Borggården at 5pm for the city’s official party, packed with music and dance acts. The light show begins at 6pm, and will be projected on the façade of Linköping Castle.

The light show will continue to be displayed daily until January 3rd, from 5pm to 9pm.

Norrköping’s New Year Walk attracts over 40,000 people to the city each year. Starting at 4pm by the Moa Martinson statue on Grytstorget and ending at around 6:30pm at Tyska Torget, the walk takes you past music, art, entertainment, and food and drinks.

Although no fireworks show will take place, New Year’s Eve happens during the city’s Light Festival. In a partnership with Amsterdam Light Festival, it displays light and art installations from international artists around Norrköping. Daily, from November 30th to January 6th, 4pm-12am.

READ ALSO: Year in review: The biggest stories from Sweden in 2018 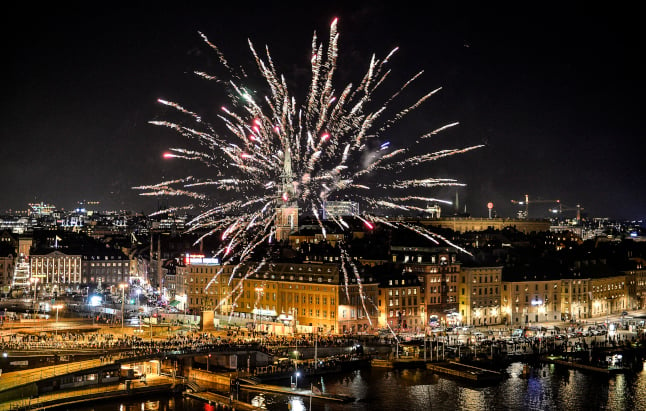 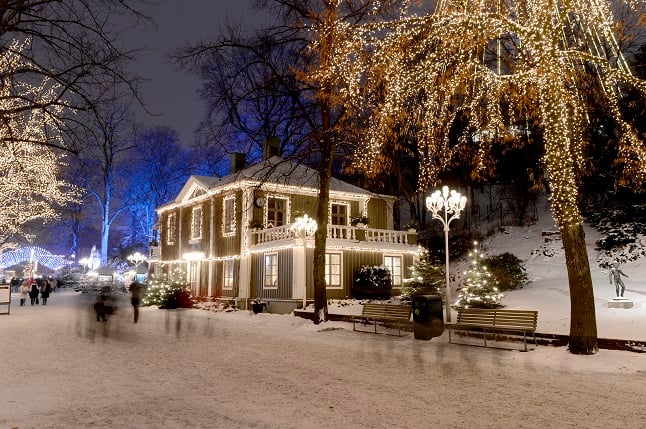 The Liseberg theme park is the high point of the festive season for many. Photo: Pontus Lundahl/SCANPIX/TT 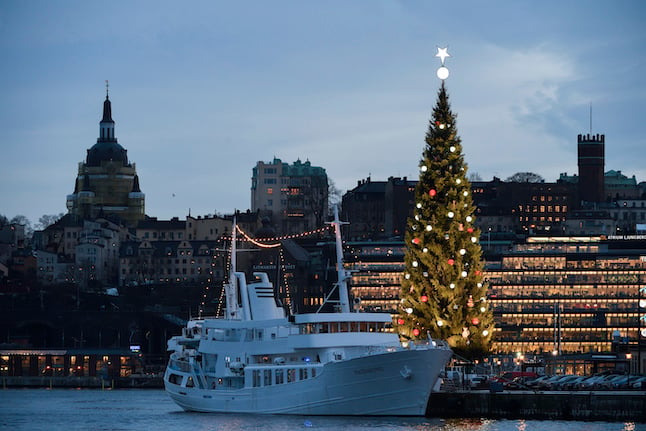 CHRISTMAS
A complete guide to the perfect Christmas in Stockholm

CHRISTMAS
A complete guide to getting into the Christmas spirit in Gothenburg
Url copied to clipboard!