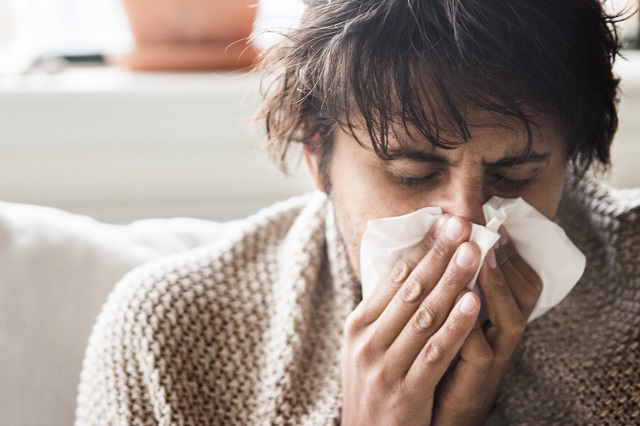 Look out for changes in how sickness benefit is calculated. Isabell Höjman / TT

One of the changes that has been most discussed is the scrapping of the TV licence. Previously, every household with a TV or radio paid 2,400 kronor per year for the licence, but under the new law the costs will be covered by a compulsory tax.

Everyone aged over 18 and paying tax in Sweden will pay one percent of their taxable income in TV tax, up to a maximum of 1,300 kronor per year. This means that some people, particularly lower earners and people who live alone, will pay less than before, while households of two or more taxpayers will likely pay a bit more per person.

This is an important one for all workers. Currently, if you become sick and need time off work, you don't receive any sick pay for the first day you take off, which is known as a karensdag or waiting/qualifying day. From January 1st, the system is changing, with the aim of making it fairer for shift-workers and others who work irregular hours.

Under the new system, in each period of sickness, your sick pay is subject to a deduction equivalent to 20 percent of your average weekly sick pay, meaning that getting ill on a day with longer hours will no longer mean you lose out. Speak to your employer to find out exactly what applies to you.

Sticking with the theme of health, from 2019 dental care will be free up until the year the patient turns 23. This is the final stage of a process first introduced in 2016, which has seen the age limit increased from 19 to 23 over three years.

From the start of the year, all gaming websites will need to register for a licence in order to be active on the Swedish market. They will be required to display clear logos showing that they are licensed and pay tax in Sweden.

Companies are also required to work to prevent gambling abuse, and must not advertise to under-18s or to players who quit the game.

Here's one that comes into effect from July 1st this year: a smoking ban on open public areas. This includes Sweden's uteserveringar (outdoor seating areas of restaurants and cafes) as well as bus stops, train station platforms, and playgrounds. The ban covers e-cigarettes too.

Restaurants may still have an indoor room where smoking is permitted, but it cannot be a room that other guests need to pass through. From January, a change in the Swedish criminal code means that transgender identity or expression will be included in the categories protected by laws against crimes against specific groups (folkgrupp).

Changes to the electoral law

This will be useful to know the next time Sweden holds an election. A new requirement means that the area where ballot papers are located in a polling place must be hidden from view from other voters. This is in order to better guarantee voter secrecy, since Sweden's ballot papers have the name and logo of the chosen party on them.

Marriages involving a minor and carried out overseas will no longer be recognized in Sweden under any circumstances.

Under previous legislation, some foreign marriages involving an under-18-year-old could be recognized in Sweden, as long as the marriage was valid in the country where it took place, the minor was aged above 15 (the age of sexual consent in Sweden) at the time, and both parties entered into the marriage voluntarily.

Changes to make animal welfare laws stricter mean that from 2019 it will be forbidden to use elephants and sea lions in travelling shows, for example as part of a circus act.

This article was updated in January to delete a paragraph stating that state-run museums would start charging visitors. This was announced as part of the autumn budget, but has since been overturned.