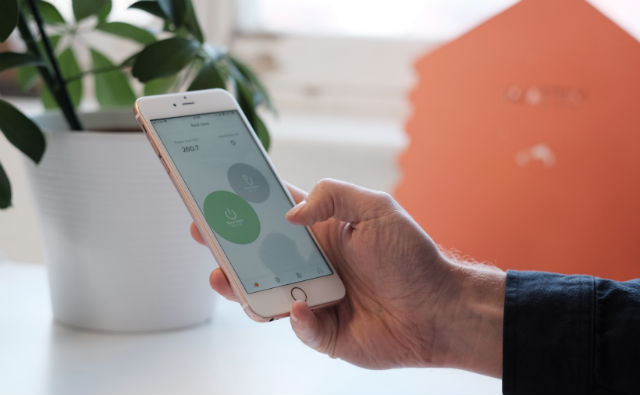 Described as ‘a simple way to keep track of what goes on in your home’, Watty is powered by artificial intelligence that monitors energy usage in residential homes. By attaching the Watty box to a fuse box, the energy usage data is sent to the user’s mobile app showing the energy consumption of each appliance to help people save both energy and money. Watty’s mission stems from a surprising observation: people have little knowledge about their energy consumption except when they receive their dreaded monthly energy bill.

“When people think about climate change, they think about transportation, manufacturers or production and so on. But in fact, it’s the carbon emissions which come from houses and buildings that play a big part in the issue,” explains Maral, adding that “we, the people who live in those houses or buildings, have no idea how we use energy.”

CEO and founder of Watty Hjalmar Nilsonne had the idea for the company whilst teaching software modelling at KTH. Understanding energy usage data is a mystery for most and that’s precisely what Watty is trying to solve by providing easy-to-understand information about the energy we use in our households. Passionate about climate change, Watty believes in tackling energy waste as an individual effort, starting from your home.

Named one the most innovative tech companies in Sweden in 2018, Watty not only relies on AI-powered technology to lead the energy revolution, but the company also focuses on its users' experiences, which are at the heart of the product.

Understanding how their users handle their product is essential for Watty’s innovation process, explains Maral.

“When you create a product, you often think this is how people are going to use it. But when they start using it, it’s a different momentum.”

Thus, she says, listening to their community is the way forward.

“We have a community of users, and we learn how they are actually using our product. Then we develop it based on how they use it.” Watty is based in Stockholm, a city known for its booming start-up scene and entrepreneurial growth, which according to Maral has played a role in Watty’s dazzling success.

Maral has been very active in the start-up scene since moving to Stockholm to study at KTH twelve years ago and has witnessed the industry change dramatically.

“Nowadays, the start-up community within Stockholm is very powerful. The city has a very strong community and ecosystem,” she says.

The access to this community has fuelled Watty’s growth.

“I think the community has been of considerable support to us, and every start-up. If someone knows someone, you can get an introduction or help with something. And that has helped us to be introduced to potential partners, investors or talents at the same time,” she adds.

The energy revolution, she says, is in full-swing: “Within their households, within their kitchen or living rooms, people start understanding and taking action based on what they see and how they are using their energy.”

Sweden’s energy start-ups are shaking up the industry and Sweden’s very own Watty is indubitably leading the way.