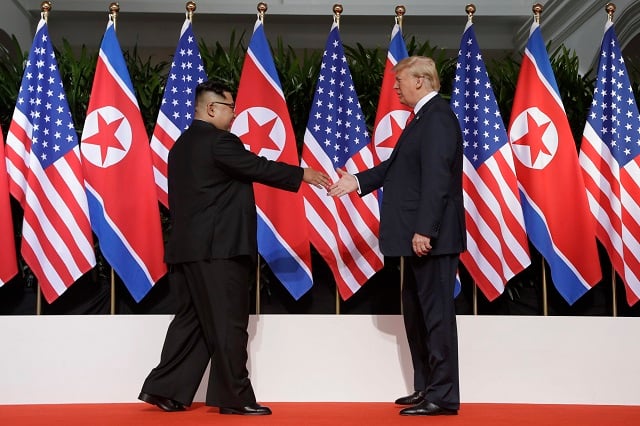 The Foreign Ministry confirmed that a top North Korean diplomat had arrived in Sweden.

The talks will relate to an earlier meeting between US President Donald Trump and North Korean dictator Kim Jong-Un, sources told TT. Other issues linked to the relationship between North Korea and the rest of the world were also reportedly on the agenda.

United States Special Representative for North Korea Stephen Biegun was set to represent the USA, and Choe Son Hui, a North Korean vice-minister of foreign affairs, to represent her country, with the talks taking place over the weekend, according to the same sources.

Sweden's Foreign Ministry confirmed Choe's arrival in the country but would not give further details as to the content of the talks or other participants.

“A roundtable discussion will be held, in a lesser format, with a number of international experts,” Foreign Ministry head of press Patric Nilsson told TT.

FOR MEMBERS: What exactly is Sweden doing in North Korea?

Foreign Minister Margot Wallström said she had no comment, and added:

“It is up to the parties involved and to these countries to make sure that there is a result and a follow-up to the meetings which have been held. We are proud if we can contribute. If they want us to contribute, we will.”

Meanwhile, the South Korean newswire Yonhap reported that a high-ranking representative from that country, Lee Do-Hoon, was also on the way to Stockholm.

The USA and North Korea reached an agreement in June when leaders Trump and Kim met in Singapore. Then, both leaders signed a document in which North Korea agreed to “work towards” the denuclearization of the Korean peninsula, although there has been a lack of progress since this.

Sweden has a long history of mediating between Washington and Pyongyang – while the two do not have diplomatic relations, Sweden is the protecting power for US citizens in the Asian country, and Choe has been intimately involved in the US-North Korean relationship.