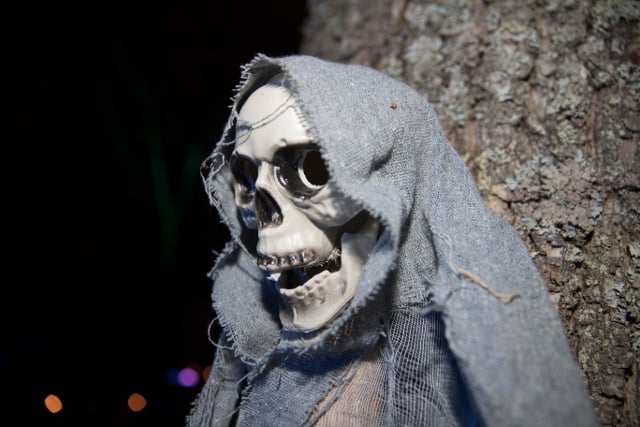 A Halloween skull not related to the skeleton in the article. Photo: Terje Pedersen/NTB scanpix/TT

The mystery bones were found in the basement of the Appeltofftska building on the Kvarnholmen islet of central Kalmar during renovation work.

We will only know for sure how old the skeleton is once it has been dug up and analyzed, but archaeologists already suspect it might be from the Kalmar War in the 17th century.

“A number of skeletons have already been found on Kvarnholmen, so it's not a huge surprise that another one turns up,” local curator Jenny Sundström told Barometern.

In any case, it is considered an ancient find and thus belongs to the state.

Fought by Danes and Swedes, the Kalmar War raged between 1611 and 1613, with much of the fighting taking place in Kalmar itself, on the far south-eastern coast of Sweden.

These are not the first human remains from that time to be found in the city. In 2013 The Local wrote about a 400-year-old fallen soldier uncovered just 20 centimetres under the ground near a public beach.