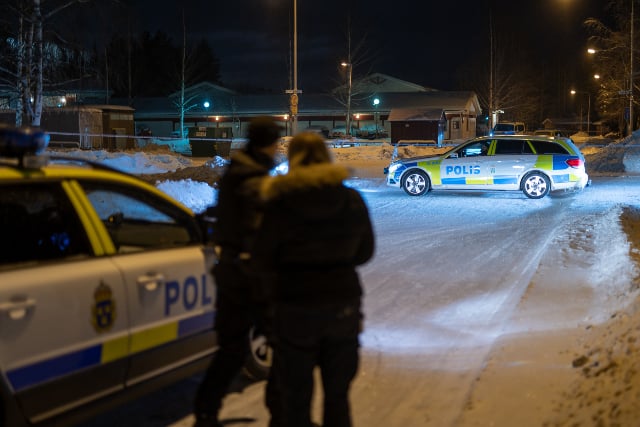 Police at the scene of the shooting. Photo: Samuel Pettersson/TT

Police were called to the scene in the Ersboda area of Umeå shortly after midnight. When officers arrived one man was found dead. He has been identified and his family informed.

“The two injured people are being treated in hospital. I can't say anything about their condition, but they are still in hospital,” police spokesperson Peder Jonsson told newswire TT at 6.30am.

He said the people involved were previously known to police, but declined to reveal any further information. He did however say that one of the theories is that it was some kind of “settling of scores” with links to the criminal world.

“We are still carrying out a forensic examination. We are also questioning witnesses.”

At least eight police cars were initially dispatched to the scene, according to the TT news agency. Jonsson described it as a rare incident for the calm university town of Umeå.

“I can't recall I've ever seen anything similar,” he said.

He said there was no reason for residents to be concerned about revenge shootings.

“I don't think so. I think you should go to work as usual.”