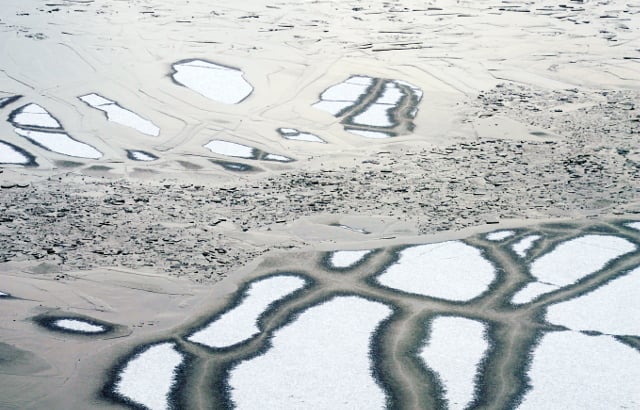 Emergency services were unable to save the pair. File photo: Hasse Holmberg/TT

The pair, who Swedish radio reports had moved to Sweden from another country, were out on the ice to film the snowy scenery in Älvkarleby municipality south of Gävle.

“They were fascinated by this winter landscape and went out onto the ice to film. Then they fell in,” Kjell-Åke Ederyd, a local police officer, told Swedish public radio.

The woman's two daughters, who had stayed behind on the beach, called her husband who alerted emergency services. But she and her son were found dead a couple of hours later by rescue teams who said the weather conditions had been tricky, with both ice and water.

The accident happened around 200 metres from the shore, and a coast guard diver said he did not know how they had managed to get that far, because even his team struggled to reach the exact location.

“It is of course very sad. If they had gone through the ice where the water was more shallow they would have been able to walk back,” Michael Öström told the radio.

WATCH: Five top tips for staying safe on the ice in Sweden