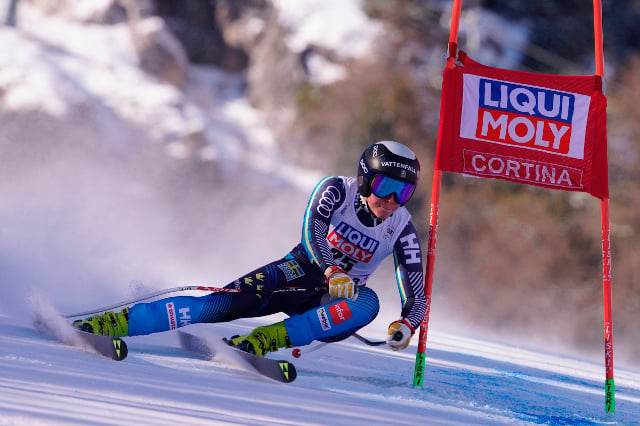 Lisa Hörnblad was one of the skiers involved in the rescue efforts. Photo: AP Photo/Domenico Stinellis

The sports agency SID, an AFP subsidiary, said the trio sprang into action on Thursday by providing first aid when a race official suffered a cardiac arrest in a cable car during a training session for Saturday's downhill world cup race.

Lisa Hörnblad, Lin Ivarsson and Helena Rapaport were on their way up in a ski lift to test the Garmisch course when the man, a 60-year-old race marshal, collapsed in the cable car cabin.

“It was crazy, we fought to keep him alive, the minutes felt very long,” Hörnblad told Swedish TV broadcaster SVT.

Hörnblad took the initiative, giving the stricken official a cardiac massage, helped by Rapaport, and Ivarsson called for help on her mobile phone.

When the cable car arrived at the summit, the Austrian team's doctor took over until the arrival of the rescue helicopter.

A local hospital reported later on Thursday that the man had survived.

“We are very happy that it is ending well,” said Hörnblad.

The cable car drama did not deter the Swedish racer.

The 22-year-old was the second fastest in Thursday's practise session and seventh on Friday, 0.55 seconds behind Austria's Miriam Puchner, the fastest down the Garmisch course who clocked 1 minute 40.22 seconds, in the second and final training run before Saturday's downhill and Sunday's super-G races.