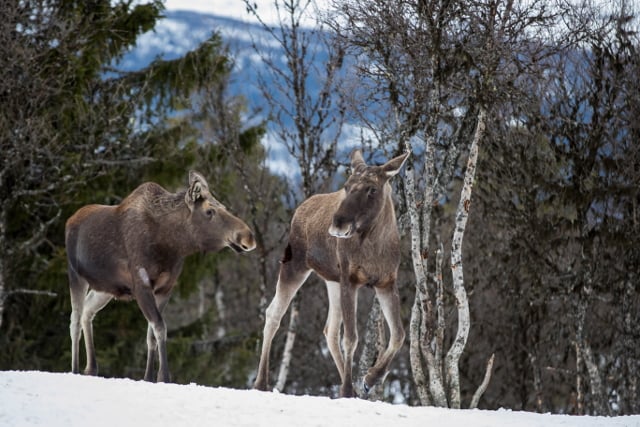 In a new report the agency notes that the population of rowan, aspen, willow and oak is below target across more than half of Sweden's elk regions (the entire country apart from the north-western mountains).

The trees are considered important not only in terms of biodiversity, but also as a source of food for elk and deer, who at the moment spend too much of their time munching exclusively on Sweden's pine trees.

READ ALSO: Swedish forest agency calls for more elk to be killed off

The Local has previously reported on the damage caused to pine trees by hungry elk, and the forest agency estimates in its new report that it costs forestry owners around a billion kronor ($110 million) every year.

The agency hopes that by increasing the number of deciduous trees, it will diversify the elk population's eating habits by steering them towards other tree species and make them eat less of the pine forest.

“But they will eat pine trees anyway. You could say that it is like potato to the elk and is important food,” the agency's wildlife expert Christer Kalén told Swedish radio on Monday.