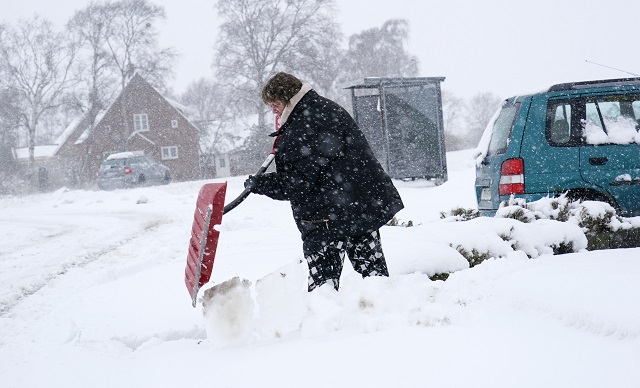 Under Swedish laws, municipal councils have the right to pass on the responsibility for maintenance work on pavements and footpaths next to houses – including clearing away leaves, rubbish and snow – to property owners.

The existing law is based on a law dating back to 1868, and an organization representing the rights of house-owners, Villaägarnas Riksförbund, is calling for it to be scrapped.

“At the time, [the purpose of the law] was about getting as many people as possible to dig in with shovels,” Ulf Stenberg from the organisation said in a statement. He said the law was outdated due to the invention of snow plows which can clear roads more efficiently and easily than individuals shovelling the snow by hand.

A survey from 2012 showed that around 60 percent of Sweden's municipal councils delegate the responsibility for snow-clearing to local property-owners, and Stenberg said the figure is roughly the same today.

But according to Villaägarnas Riksförbund's own survey, carried out between December and January, the vast majority of property-owners believe the responsibility should lie with councils when it comes to clearing snow. However, a slightly smaller proportion believe councils should also be responsible for clearing away leaves and rubbish and pruning trees.

Stenberg also argued that delegating the responsibility to property owners means that the quality of the road maintenance varies between locations, and in areas with poorly cleared roads, this could present safety risks. For example, the property owners may be unable to carry out the task due to old age, sickness, or simply being unavailable at the time due to work or holiday.

“It's true that the quality varies […], but there would also be variation if municipalities were responsible, since their workers cannot be everywhere at the same time,” Germund Persson from the Swedish Association of Local Authorities and Regions told the TT news agency. “There's a prioritization, and areas with detached houses are often lower priority.”