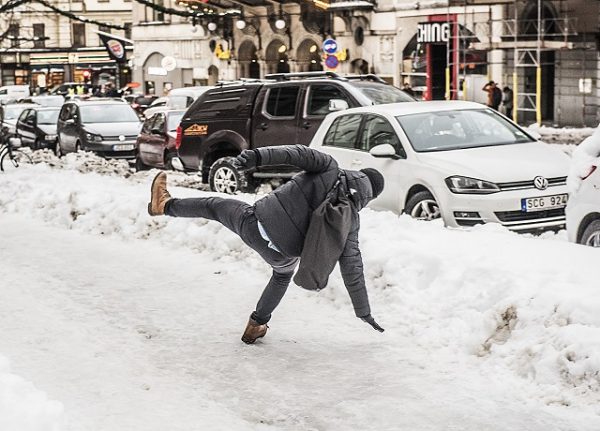 “The temperature has increased so there has been a bit more rain [rather than snow], especially over Götaland but also further north in the country,” said SMHI meteorologist Marie Staerk. “In the Stockholm area and the Karlstad area, the temperature is around zero degrees.”

While this might be welcome news after weekend temperatures in minus double figures, it could mean an increased risk for ice on the roads and slippery conditions.

The low-pressure front which caused wintery weather and widespread traffic disruption is moving eastwards, but at the same time, more cold air is expected, which means roads and footpaths could be covered in ice if rain freezes.

“It depends a bit on how people have prepared the roads, but the conditions for ice on the roads are there,” said Staerk.

Variation in the weather is common in Sweden towards the end of winter, and over the next few days, further changeable weather can be expected.

“During the six months of winter, we often have low-pressure fronts passing over Scandinavia, which means alternating between plus and minus degrees. Over the coming days, there will be plus degrees sandwiched between days of minus degrees,” Staerk explained.