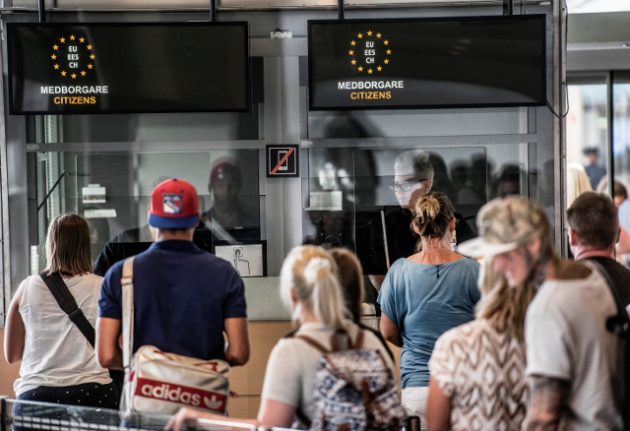 The Schengen inspector behind last year's report claimed that Sweden's border checks were poorly manned, and criticized working methods and the training levels of border staff.

Border police this week launched a so-called 'special incident' at Arlanda Airport to resolve the problems. This means that they will be able to call on the entire Stockholm police region's resources when needed.

“The border police cannot handle this on their own,” Stockholm regional police chief Ulf Johansson told a press conference. “We recognize that the situation is concerning.”

Stockholm border police will boost their team of 400 officers by another 100 this year. They also aim to increase the number of border checks, and improve equipment and training for staff.

Border police chief Lisa Ström said the flaws identified in the Schengen report, which was released in September 2018, matched her team's own assessment of the situation.

“It is well known what we need to do,” she said.

The Schengen evaluation took place in 2017, and its contents were leaked ahead of publication in September. All member states within the Schengen area undergo audits of this kind at least once every five years.