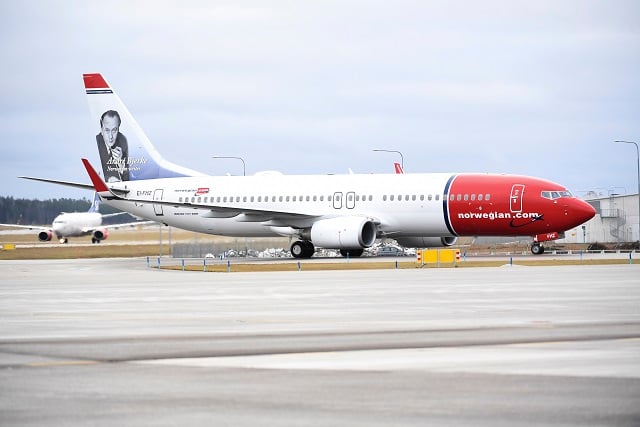 The plane landed at Arlanda at 11.14am, according to Daniel Lindblad, head of press at the Swedish Maritime Administration which is responsible for sea and air rescue.

“There were 169 passengers on board,” Lindblad told TT, but was unable to confirm where the passengers were currently located, explaining that local police had taken over the incident after the plane landed.

The plane took off shortly after 10am from Arlanda and was scheduled to land in Nice, but around 20 minutes into the journey the Swedish Maritime Administration was informed of a threat.

“We got the alarm from air traffic control in Malmö. They had contact with the plane around 10.30am. At that time the plane was in line with [southern Swedish town] Växjö. Then they chose to go back to Arlanda,” Lindblad said.

A police press spokesperson confirmed that Stockholm police were alerted to the incident at 10.46 am.

“We can confirm that an airline received a threat. There is a large police operation at the scene at Arland, where among other things we are being helped by regional police, border police, civil police, and other patrols. It's an ongoing operation and we're working to get more information,” the spokesperson said.

According to Expressen, which was first to report the news, the plane in question was a Boeing 737 and it was a Norwegian flight, with the flight number DY4321.