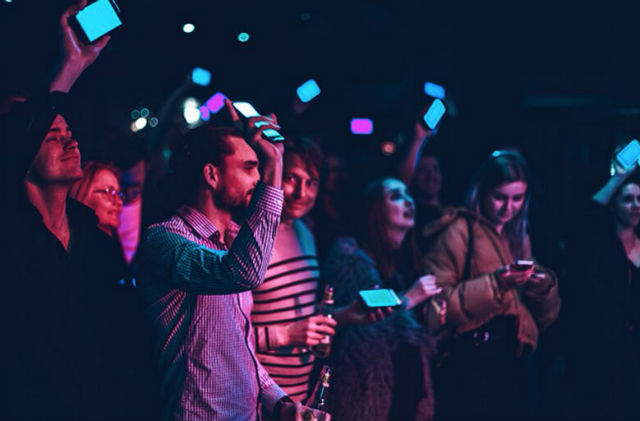 Founded in 2016 by KTH masters students, Stagecast is on a mission to revolutionise the live entertainment industry.

Founders Hedvig Ahlgren, Jonas Hermann, Markus Wallentin, Robin Bugdahn and Stefan Hellqvist are united by a single aim aim: to enhance live event experience by letting attendees engage with the show on their smartphone before, during and after the event.

“We’re offering a platform for live interaction where event organisers can connect, involve with their audience, but also use it for brand activation to up-sell to their sponsors,” says Hedvig. Stagecast’s mission stems from Hedvig, Jonas and Markus’ insights into the entertainment industry while studying Innovation Management at KTH.

“We started looking at the live entertainment industry where we saw an odd phenomenon of organisers banning phones from their shows, simply because it creates a distraction,” Hedvig explains.

“What we saw was that very few organisers were utilising the fact that people have these powerful phones with them, so why not try to make something useful out of it to enhance the experience?”, she asks.

In this lightbulb moment, the concept for Stagecast emerged as the perfect pitch.

Winner of the 2017 Stockholm Innovation Prize, Stagecast was celebrated for its involvement within the creative industries. Connecting and gathering people during events is what the young start-up is dedicating its work to.

“The whole reason we started Stagecast and keep on building it is because we, as a team, believe in making a difference and creating something new that brings value,” says Hedvig.

She adds that “I believe the most important thing is to believe in the vision, cause and what you are trying to achieve. If you lose that, it gets harder to be innovative.”

Stockholm – and its many incubators such as Norrsken House and SUP46 that hope to breed the next significant innovative start-up –  is home to Stagecast. Being based in the capital has certainly helped the company’s fast growth believes Hedvig.

“This ecosystem with startups and innovation has helped us. I often believe that if it weren’t for all the incubators, networks and people trying to help out, we wouldn’t have made it this far,” she says.

The then-students’ concept immediately got picked up to be immersed in the KTH Innovation Incubator, with a dedicated mentor and a co-working space.

However, Hedvig explains that it’s the mentality of people within the Stockholm start-up scene that has helped them break through.

“Stockholm is full of people who happily help out for the pure motivation of giving back to the ecosystem which has previously helped them.”

She further explains that “for example, we were accepted into a coaching program driven by Telia called Coach Your Business, which has given us credibility and fueled our motivation to push forward. We’re still in contact with them, and the partnership with Telia has led to a lot of great things for both parties.”

The cooperative spirit of the Stockholm startup scene is what makes the city so attractive for young entrepreneurs. And networking is part of it for Hedvig and Stagecast.

“I regularly attend meetup events within the startup community here in Stockholm – you never know who you’ll meet. Maybe your next investor, co-worker or someone who happens to know your next potential client is there.”