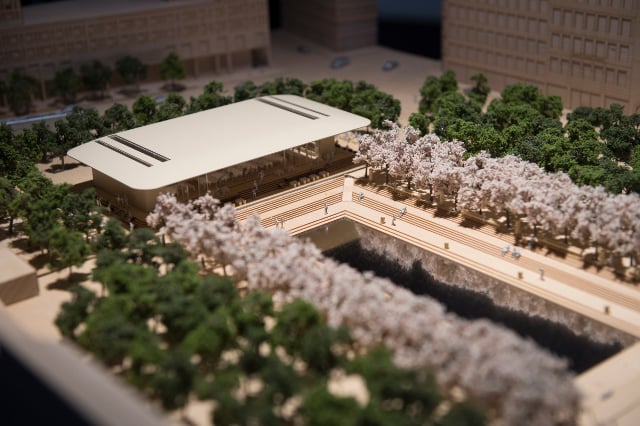 An artist's impression of what the Apple store would have looked like. Photo: Henrik Montgomery/TT

Apple first announced in early 2016 plans to build a store in central Stockholm, sparking criticism that its proposed location at the much loved Kungsträdgården park would commercialize the public area.

And after the centre-right took power in the city council after Sweden's elections last autumn, the new coalition ruled it would not allow the plans to go ahead. It said it wanted to keep a restaurant or café in the building on the site. The building currently houses a restaurant, which is renting the space from Apple.

Apple purchased the building for 129 million kronor (almost $14 million) a few years ago.

READ ALSO: The story of Kungsträdgården and Stockholm's tree huggers

“Yes, that's true,” Björn Ljung, a Liberal councillor on Stockholm City Council's urban planning committee, told the magazine. “There were definitely no kind words, it was nasty words that I do not want to repeat.”

Stockholm councillors offered at the time to help Apple find a new location for a store, but were turned down. “We were then told that Apple wanted nothing to do with Stockholm City any more,” said Ljung.

Critics of the plan had said the store would have blocked the entrance to the park from Hamngatan and change its character from a space free for public use to a commercialized one.

The debate led to the initial plans for the shop being revised to change its dimensions, meaning the store would have been the same height as the restaurant in place, though still larger in volume.

Concerns were also raised by the Stockholm City Planning Office that the earlier closing time of the store compared to a restaurant could decrease the safety of the area at night, though Apple said it planned to hold events and exhibitions on some evenings.