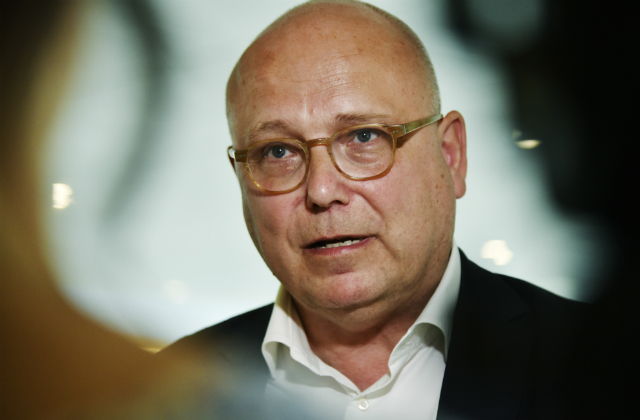 Over the weekend, Trump threatened to release some 800 foreign Isis fighters currently held by the Kurdish-led Syrian Democratic Forces (SDF) in Syria unless the European nations from which the jihadists come from agree to repatriate them. Several of the foreign Isis fighters being held, as well as their partners, claim they no longer subscribe to the Isis ideology and have expressed a desire to be returned to their home countries along with their children.

“The main problem is that Sweden doesn't yet have the laws in place, and so we can't prosecute them [here yet],” Swedish terror expert Magnus Ranstorp told The Local in an interview, noting that it's not just the jihadists themselves who pose a security risk, but also their partners and children.

“The women are not innocent victims, and there is also a large group of Isis children. Some of the children were brought down there but many were also born down there.”

“From the age of eight or nine, they have been sent to indoctrination camps where they've learned close combat techniques and how to handle weapons. Some of them have learned how to kill,” he said.

“For the children returning, their identities will forever be linked to their time with Isis, and the fact that they have an Isis father or an Isis mother,” Ranstorp said, noting that the Swedish psychiatric system is “not fit to deal with that”.

“If they stay with their extremist parents, there could be delayed effects further down the line, 15-20 years from now,” he said.

“The basic principle must be that anyone who has committed a war crime or a terrorist crime must be tried in the countries that they are currently in, or, if they return to Sweden at a later stage, to be tried here,” the minister said.

It remains unclear how many of the captured jihadists currently held by SDF in Syria are Swedish nationals, but according to figures released by the Swedish intelligence agency Säpo, at least 300 Swedes travelled to Syria and Iraq between 2012 and 2017 to join extremists groups, including Isis.

Although the number of radicalized Swedes travelling to the region fell drastically after 2017 – mainly because of the increased difficulty of reaching the region – fewer than half of them are thought to have returned to Sweden. While unconfirmed reports suggest around 50 of the radicalized Swedes have been killed in Syria or Iraq, at least some of the Isis fighters kept in SDF captivity are believed to be Swedish nationals.

READ ALSO: In-depth interview about what Sweden should do to fight terrorism